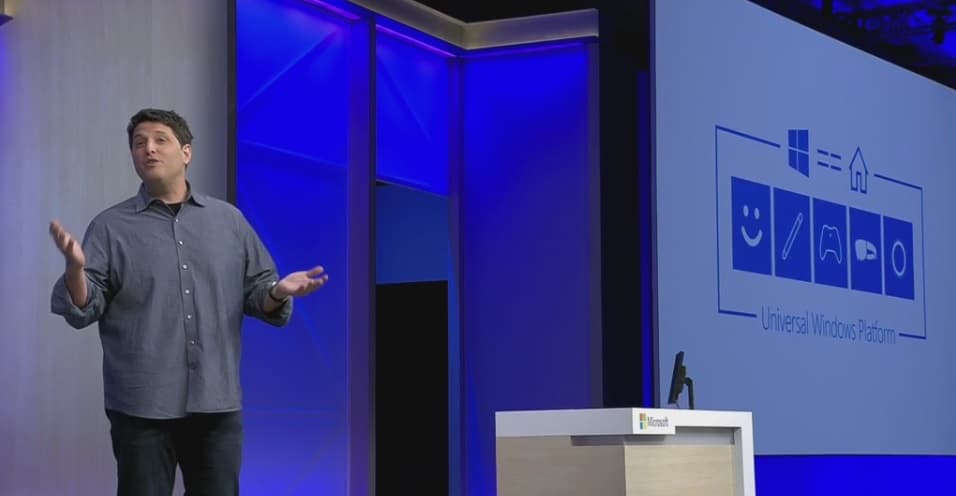 If you followed Microsoft’s Windows 10 event last week, you may have spotted that Windows 10 mobile didn’t get a lot of love. At the beginning of the keynote, an HP Elite x3 was used to demo a 3D scanning app that was used to create a 3D model of a sand castle, but that was pretty much it. A lot of time was spent on new 3D features included in the upcoming Windows Creators Update, but the company did not provide any details about upcoming Windows 10 Mobile features during the event.

Considering that Microsoft Executive Vice President of Windows and Devices Terry Myerson clearly said during Build 2016 that mobile wasn’t a priority for Microsoft this year, the lack of Windows 10 Mobile news last week wasn’t completely surprising. However, the exec explained in a new interview with ZDNet published today why the company still considers its mobile OS a strategic investment despite the very low market share. According to him, it’s all about supporting cellular connectivity and ARM processors for Windows devices:

Myerson’s answer is a bit ambiguous when he’s mentioning new "Windows devices" that will run on ARM chips. Obviously, all Windows phones on the market are already using ARM chips and new Windows 10 Mobile handsets are in the pipeline including the Alcatel Idol 4S as well as a mysterious handset from American company WhartonBrooks. Of course, we’re also thinking about the rumored Surface Phone, though Myerson didn’t really hint anything about it in the interview. However, he did add that Microsoft can’t really afford to stop investing in Windows 10 Mobile as both ARM processors and cellular connectivity are expected to shape the future of computing devices:

When you stop investing in these things, it's super hard, super, super hard to restart. And at Microsoft we have a few of those examples where we stopped. Sometimes, when you're investing into growth, it's easier, but when you're investing for technical strategy or things like that, sometimes people can question it -- like you're doing right now. But especially among your readers, I don't think there's much debate that ARM processors have a role in the future. And cellular connectivity does as well.

For now, Windows 10 Mobile is a mobile operating system for smartphones and small tablets, but it could become much more thanks to Continuum, a promising feature which allows some handsets such as the HP Elite x3 to let business users use legacy Win32 apps on a lightweight desktop experience. If Microsoft really plans to focus more on its mobile efforts starting next year, we really hope that the upcoming Windows 10 Creators Update will push Windows 10 Mobile to the next level.

Microsoft to expand Bot network directory, and more on their big bot plans