Microsoft has just announced a major refresh of its Microsoft Office icons on all platforms. The latest redesign came in 2013 with the launch of Office 2013 for Windows, and Office 2019 was released a couple of weeks ago with the same old icons.

Microsoft has created new icons for its core Office apps like Word, Excel, Powerpoint, OneNote, and Outlook, but the redesign also englobes Office 365 apps like SharePoint and Microsoft Teams, as well as “prosumer” apps like Skype. Jon Friedman, Head of Microsoft Office design explained the logic behind the new icons in a blog post:

Our design solution was to decouple the letter and the symbol in the icons, essentially creating two panels (one for the letter and one for the symbol) that we can pair or separate. This allows us to maintain familiarity while still emphasizing simplicity inside the app.

Separating these into two panels also adds depth, which sparks opportunities in 3D contexts. Through this flexible system, we keep tradition alive while gently pushing the envelope.

Microsoft says that the new Office icons will roll out to all platforms in the coming months starting with mobile and web, adding that it’s all part of “an ongoing journey." In addition to the new icons, Microsoft is also planning to revamp the Office experience across platforms with a redesigned ribbon and other minor changes. Back at its Ignite conference in September, Microsoft also teased a major revamp for its Outlook Mobile app on iOS.

While Friedman’s blog post didn’t mention it today, it looks that Microsoft could also refresh the icons for many of its Windows 10 stock apps like Mail and Calendar, Photos, Calculator, and more. We spotted the redesigned icons in a mockup image included in Friedman's blog post, and you can see them in the zoomed version below: 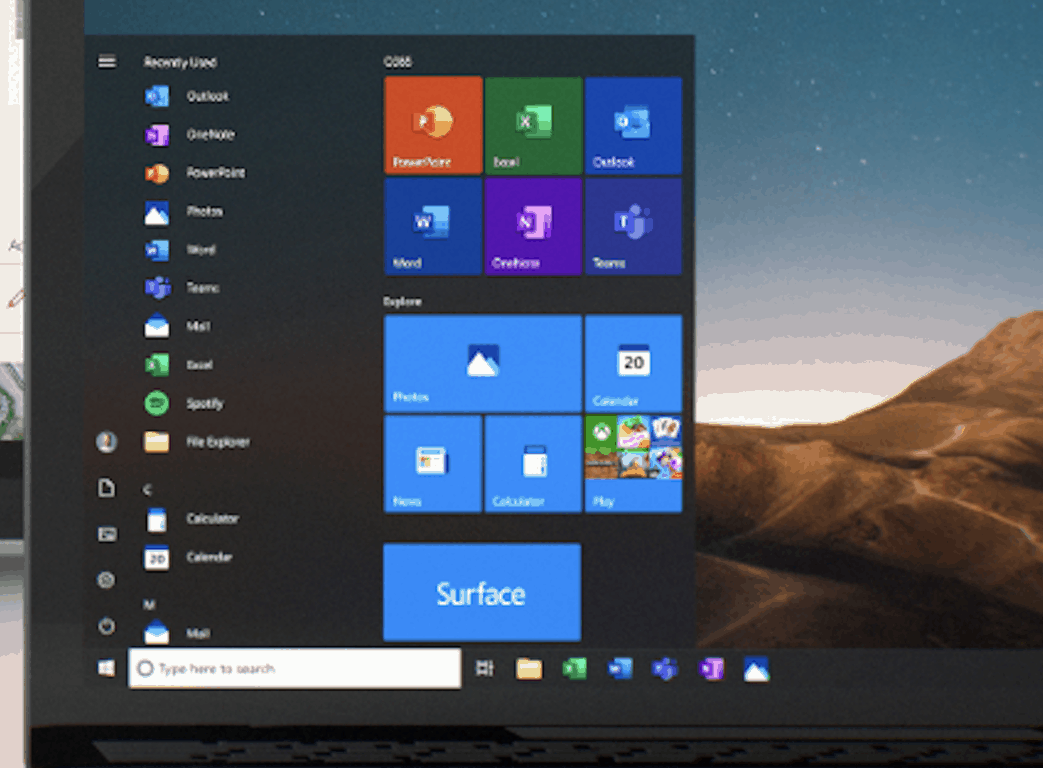 It's not clear yet when, or even if these new icons will actually ship to Windows 10 users, but they're definitely an interesting change. They're a bit more colorful compared to the mostly white and simplistic icons we have today, and there's a feeling of consistency when you see them next to the new Office icons. Let us know in the comments what do you think of all these new icons.