Ignite 2018: Outlook Mobile on iOS to get a new look - OnMSFT.com Skip to content
We're hedging our bets! You can now follow OnMSFT.com on Mastadon or Tumblr! 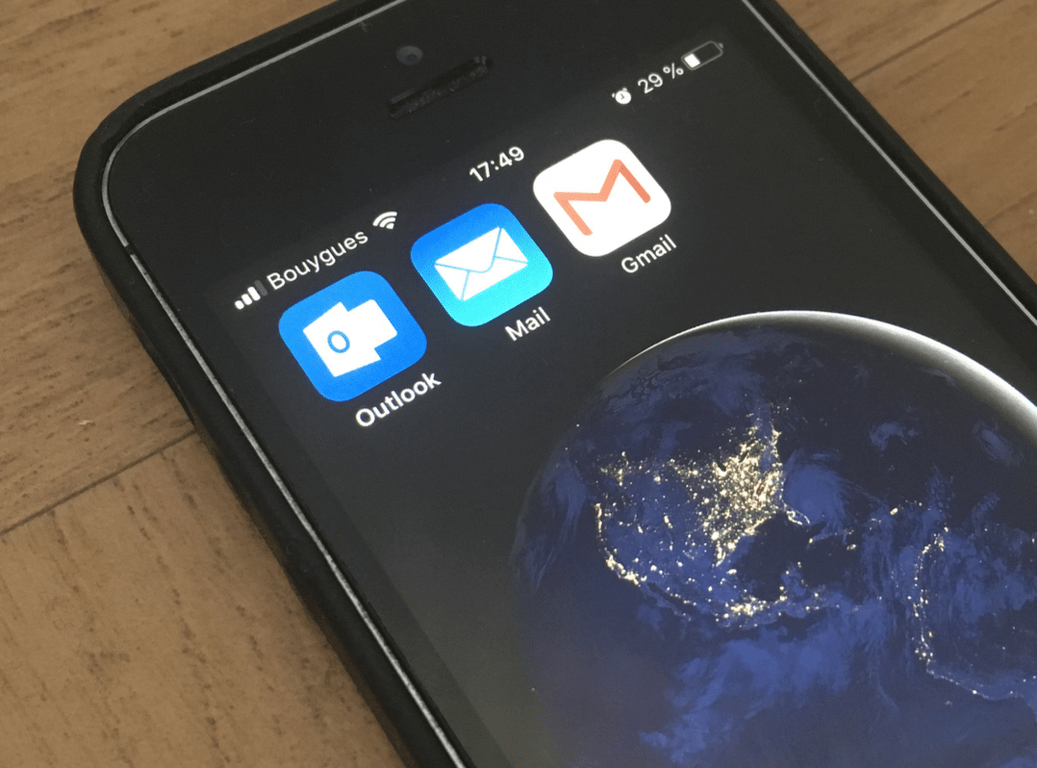 Outlook Mobile is one of the most popular alternative email clients on iOS today, and Microsoft revealed this week that it has lots of new features in the pipeline for iOS users. During an Ignite session yesterday, the company unveiled a redesigned Outlook iOS app that is currently in internal testing.

The various screenshots shared by Windows Central reveal a new blue banner at the top that shrinks when you scroll. The redesigned app will also introduce swipe gestures with haptic feedback, as well as the ability to favorite contacts for quick access to recent emails and attachments. However, the bottom bar won't be changing and keep the three buttons for emails, search and calendars. 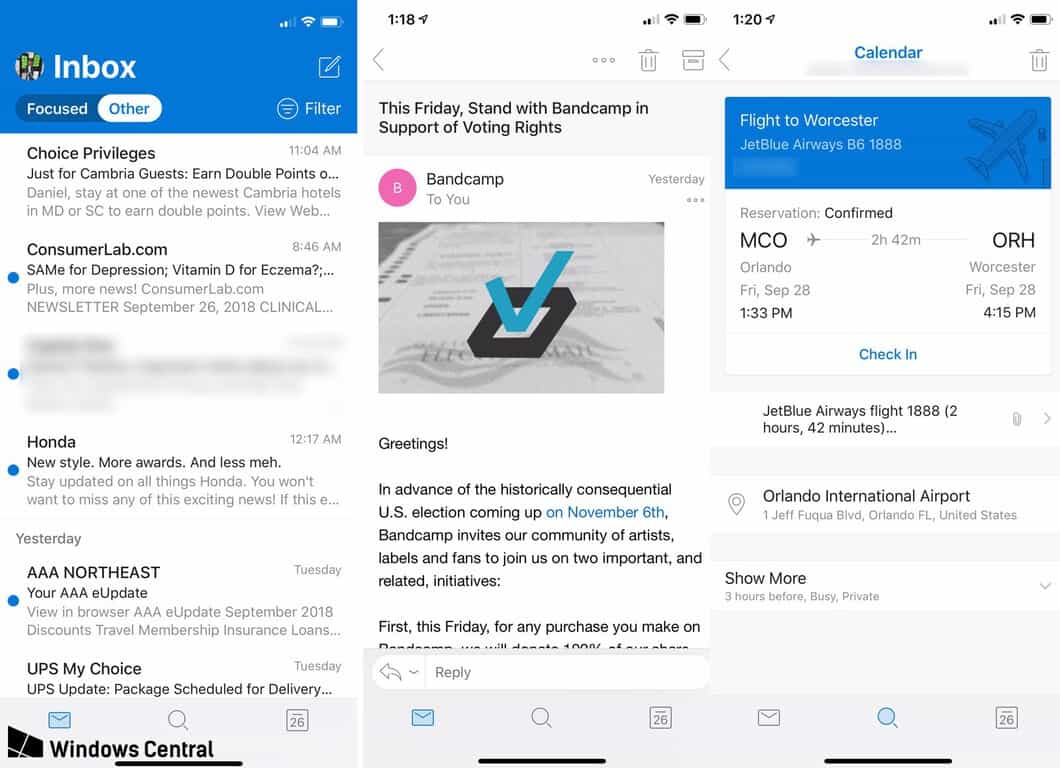 This redesigned Outlook for iOS app is expected to roll out to the public before the end of the year, the Outlook team said yesterday. In addition to UI and UX improvements for the iOS version, the team has also started working on new Outlook Mobile features for both iOS and Android, including Shared Mailboxes and S/MIME support. The Android version, which already has the new design coming soon to iOS will get new features soon including Office Lens integration.