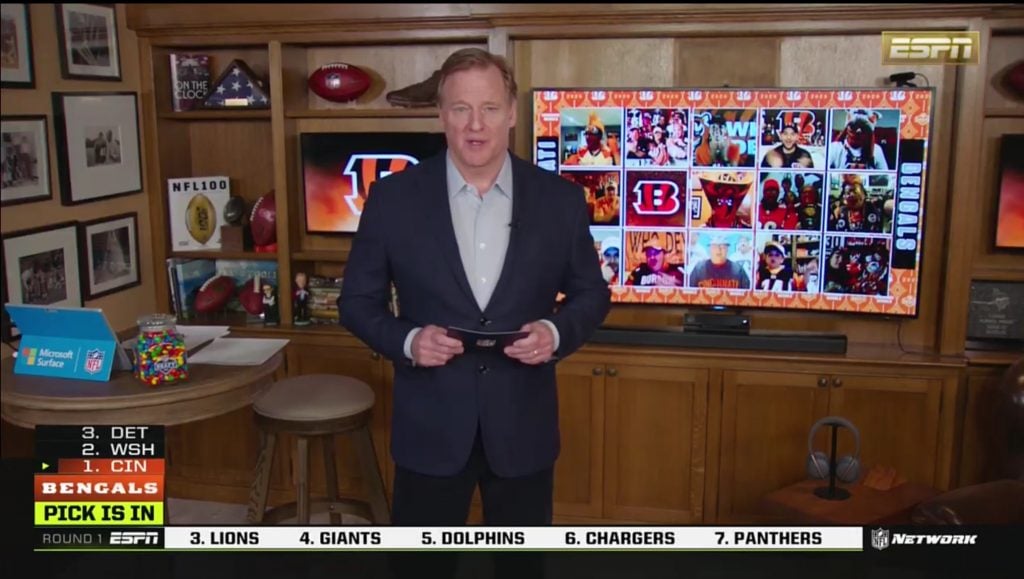 In a new blog post, Microsoft is opening up about how its Teams service made the three-day-long 2020 NFL Draft possible. The company explained the major hurdles faced by the league due to the Coronavirus, and how Microsoft was in a unique position to help ensure teams could still pick from their pool of upcoming stars for the new NFL season.

According to the blog post, using Microsoft Teams and other Microsoft products to ensure the NFL draft could go on in virtual form was "the ideal solution." The company highlighted its seven-year partnership with the league, which has helped NFL teams "transform their technology both on-field and off."

More importantly, though, the post explains the technical aspects of how Teams was used during the April 23-25 event. There were apparently 32 separate private Teams channels within the NFL organization for each NFL team, where guests could join. Each club was then able to communicate from within their own organization and also with the NFL in this private channel, without seeing the other clubs’ activities. In Microsoft's words:

"Each club would be given access to a form, where they could fill in the draftee’s name, college and other information. If the team “on the clock” submitted incorrect information, the club’s private channel would be notified of the error; if everything was in order, the NFL would authenticate the pick, then a Microsoft tool called Power Automate would automatically post it on the private “Head Table” channel and simultaneously relay it to Commissioner Goodell’s Surface tablet so the pick could be transferred to the paper card and announced on-air.

To ensure Teams was able to handle all this traffic, Microsoft spent a few weeks with a team of people from the NFL to do a dry run and a mock draft of 100 people. "Teams is a very flexible collaborative tool, It was a coming together of Microsoft Teams as the shell, private channels for security, Forms for a simple way to submit the picks, and Power Automate to make sure all this routing is enforced," said Jeff Teper, Microsoft Teams corporate vice president.

Microsoft's post also explains how some NFL teams like the Jaguars and the Kansas City Chiefs easily became familiar with Teams. The app was apparently used behind the scenes by these teams before the draft, too, with features like screen sharing, meeting recordings, and more coming handy.