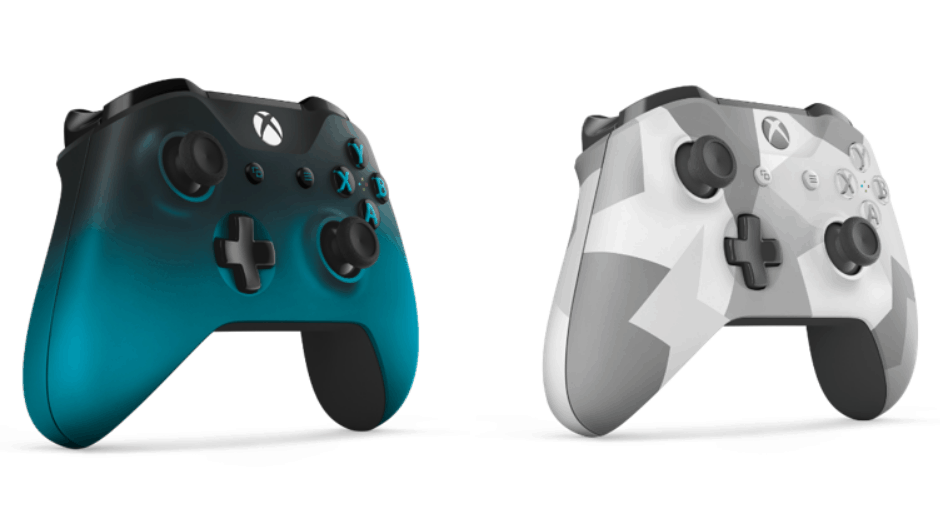 After several leaks on Reddit, Microsoft today finally announced its latest Xbox Wireless Controller options. The new controllers allow you to expand your arsenal, and give you more ways to game in style. Both controllers will be coming to retailers worldwide February 7 for the price of $69.99, and both will seamlessly pair with the Xbox One S.

The first of the new controllers is the Ocean Shadow Special Edition, which is the next evolution of the Shadow controller series that was introduced last year. Ocean Shadow Special Edition features a sleek, matte black top case and sides that fade to a light blue metallic finish. The buttons, triggers, and D-pad also have a glossy black finish with light blue highlights on the ABXY and menu buttons.

Next up is the Winter Forces Special Edition, which is the newest entry to the Forces series of controllers. This controller is inspired by the popularity of the previous Armed Forces, Covert Forces, and Midnight Forces controllers, and features a modern, arctic camo pattern with light and dark gray accents.

What are your impressions of these new controllers? Which controller do you use with your Xbox One or Xbox One S? Let us know what you think by dropping us a comment below!