If you’re a Xbox user, there is no doubt that you’re familiar with the wide variety of Xbox One and Xbox One S controller options.  Considering this, if one post which has been surfacing on Reddit is true, you may soon be able to add a blue Xbox One video game controller to your list of controller choices. 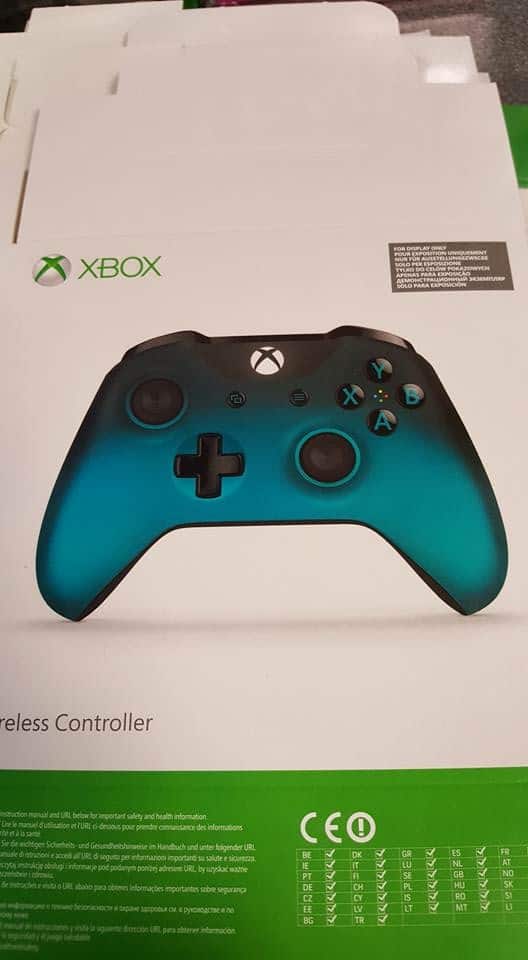 Xbox One Controller in Blue

The post on Reddit which supposedly reveals the January 31st release date for a blue Xbox One video game controller has gathered some attention, and at the time of writing, has received 67 upvotes, and a total of 43 comments. While the post does not reveal much, from the picture, one can assume that this controller features the inverted colors from the previous generation Special Edition Dusk Shadow Wireless Controller.

As is expected with the Reddit community, some in the comments pointed out that “Microsoft has gone crazy” with controllers recently by releasing 11 controllers in the last month, and others have pointed out that some Xbox users collect the controllers due to the pleasing designs.  Jokingly so, (or perhaps serious?) a witty Redditor also joked that maybe Microsoft should fix the problems with the elite controllers instead of milking color changes.

It’s safe to say that if this leak is true, more details will emerge soon. Until then, stay tuned to OnMSFT, as we will be here to update you once the release of this controller is more offical!