Microsoft Office extension for Chrome is apparently getting Grammarly-like functionality 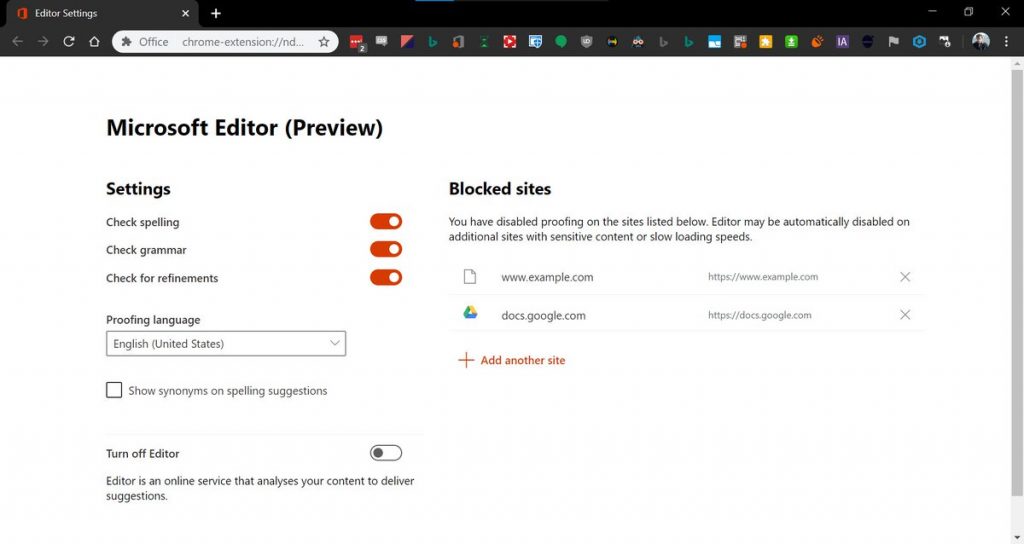 Twitter user Florian B recently detailed this extension in an image, showing that it currently is in a preview and will be known as “Microsoft Editor.” It’s not clear how he received or activated it, but he tells us that it was delivered as part of an update for the Office extension for Google Chrome.

Judging from the image, the extension can also check writing and suggestions as you type on websites. There are toggles to check spelling, grammar, and other refinements. Other options include changing the proofing language and showing synonyms on spelling suggestions to help improve vocabulary. You also can block certain websites from using the proofing features, to help improve loading speeds.

We checked and installed the Office extension in both Chrome and Microsoft Edge on multiple platforms, but we have yet to see this new Microsoft Editor feature. However, if this update to the Office extension does end up being pushed out to more users, it will mark a big step for Microsoft. The company is already known for its grammar and spelling tools in Microsoft Word and Office 365, so extending the tools to the web might become a convenience for many users and writers. We’ll be keeping an eye on this, and will update you accordingly.