Microsoft Edge now has a new Outlook extension that makes it possible to manage your Outlook emails without having to switch tabs. The new extension, currently in Preview, adds a new icon to the address bar which will let you read and send emails. It brings Outlook into a pop-up window within the browser. 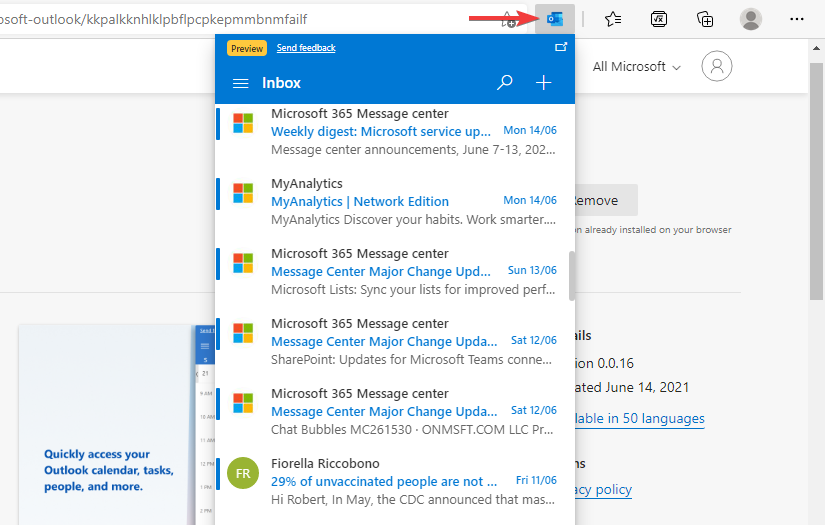 In an effort to increase awareness and adoption of HDMI 2.1 monitors that provide the best visual experience on Xbox Series consoles, Microsoft has revealed partnerships with several monitor manufacturers to create "Designed for Xbox" HDMI 2.1 monitors. Partnerships include Philips, Asus, and Acer. New photo editing capabilities are coming to OneDrive on the web and Android. The main new feature is the ability to crop photos directly within OneDrive for social media, which some preset sizes being available, as well as the ability to custom crop. Light and colour adjustment capabilities are now also available, in addition to being able to rotate images to remove any unintentional tilt.

Microsoft Teams to be directly integrated into Windows 11

Following the official unveiling of Windows 11, Microsoft has announced that Microsoft Teams will be integrated directly into its new operating system. The integration will bring new taskbar functionality, making it easier to mute and unmute, among other things.

The ability to join a meeting by entering an ID has been delayed indefinitely, as Microsoft states that it is "evaluating changes" based on feedback.

As of July, it will be possible to record all meetings automatically, removing the need to remember each time that a meeting should be recorded.

An issue with webcam images showing in a flipped manner is set to be resolved, as Microsoft has commented that it is close to finalising a fix for the bug.