The official iOS and Android Microsoft News apps have now updated in all supported regions and as a result been been rebranded as Microsoft Start.

Microsoft Start is Microsoft’s (kind of) new initiative to create a hub of various news and other features for users to access all in one place. The new Start apps, currently named Start(News) to help avoid confusion with users who are unaware of the shift in direction, actually function very similar to the original Microsoft News Android and iOS apps but they do boast a new app icon and a modified color scheme to signify the change.

After the app update is installed, all users will be greeted with a brief introduction slideshow before being prompted to sign in with the Microsoft account again.

All previous Microsoft News settings and preferences seem to carry over completely to Microsoft Start.

Here's the release notes for the app update:

Stay up to date with breaking news and stories tailored to your interests from thousands of premium sources. Plus, get quick access to daily tasks, such as searching the web, checking the weather, shopping for necessities, and more.

Curiously, the Windows Microsoft News app has yet to update though since a lot of its functionality is being integrated into Windows 11’s Widget pane, it’s possible that this app is destined for retirement in the not-so-distant future. 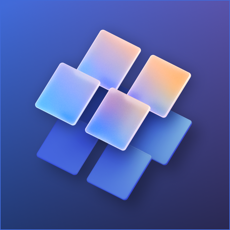