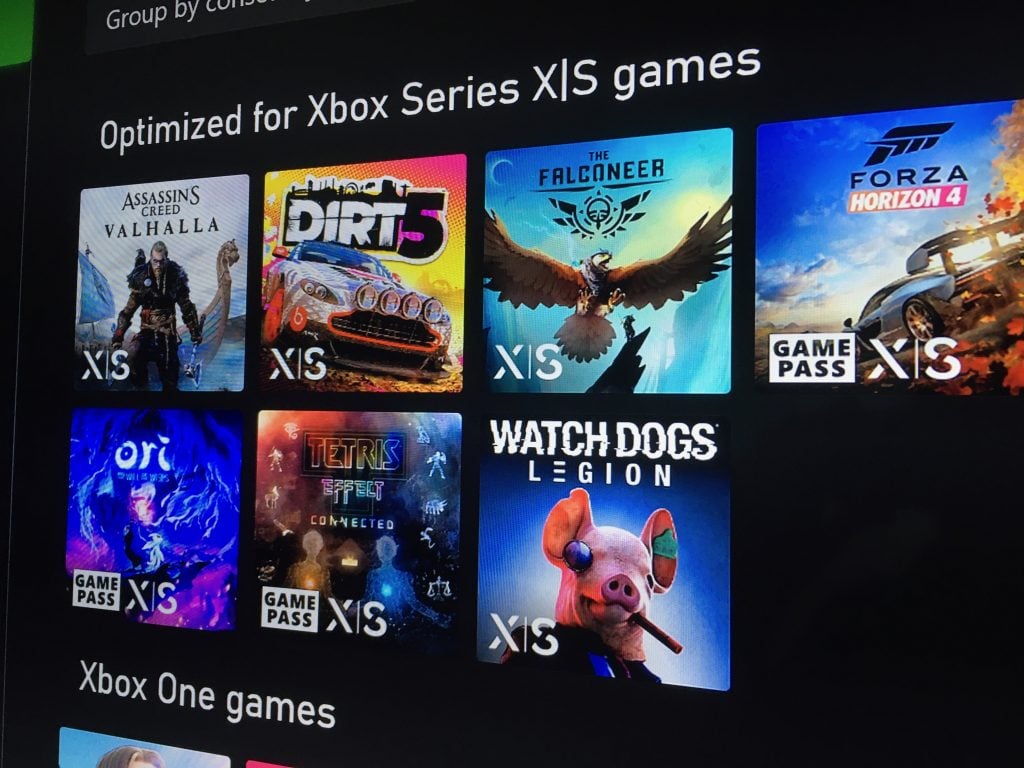 Microsoft’s next-gen Xbox Series X and Series S consoles are available in 40 markets around the world today, with more to come in the near future. We’ve already reviewed the Xbox Series X last week, and we plan to follow up with an Xbox Series S review pretty soon. We’ve received the all-digital console this morning and we invite you to check out our detailed unboxing which includes lots of side-by-side comparisons with the Xbox Series X and the Xbox One X.

Microsoft has more than 30 Xbox Series X|S optimized games on launch day, with various Xbox Game Studios titles such as Gears 5, Gears Tactics, Forza Horizon 4, Sea of Thieves and Ori and the Will of the Wisps. The list of of optimized third-party games includes the brand new Dirt 5, Assassin’s Creed Valhalla, Watch Dogs Legion, and NBA 2K21, and you can also add existing blockbuster games such as Fortnite, Borderlands 3, Devil May Cry 5 which were all patched recently

Games optimized for the Xbox Series X take advantage of Microsoft’s new Xbox Velocity Architecture to reduce load times, and they also support higher frame rates and much better visuals. Gears 5 and Assassin’s Creed Valhalla both run in 4K/60FPS on the Series X, and Watch Dogs Legion is one of the first cross-gen games to support DirectX Raytracing on both the Series X and the Series S.

This new icon also shows up in the Xbox Game Pass section of My Games and Apps, making it much easier to see which games in the catalog are already optimized for the new consoles. As of this writing, we’re counting 15 optimized Xbox Game Pass games including Ark: Survival Evolved, Dead by Daylight, Grounded, No Man’s Sky, and the brand new Tetris Effect: Connected.

Overall, Microsoft's launch lineup for the Xbox Series X|S remains pretty weak with the absence of strong exclusive games, with Halo: Infinite being delayed to 2021, and the next Forza Motorsport game having no release date. Still, existing games like Gears 5 look better than ever on the new consoles, and the Xbox Series X should also position itself as the best console to play third-party games such as Assassin's Creed Valhalla and Watch Dogs: Legion. Thanks to Microsoft's new Smart Delivery system, you can also purchase select cross-gen games once and get both Xbox One and Xbox Series X|S versions for free.

Microsoft Lists is getting undo and redo commands this month