Microsoft Lists is getting a new update that will bring support for custom list templates. The Redmond giant has announced in a message on the Microsoft 365 Admin center that this update will start rolling out to Targeted release customers in mid-July.

The new Lists app already provides a bunch of ready-made templates, but this release will enable organizations to define custom list templates for users. “This feature will give organizations the ability to create their own custom list templates with custom formatting and schema. It will also empower organizations to create repeatable solutions within the same Microsoft Lists infrastructure (including list creation in SharePoint, Teams, and within the Lists app itself),” the company explained on the Microsoft 365 Admin center. 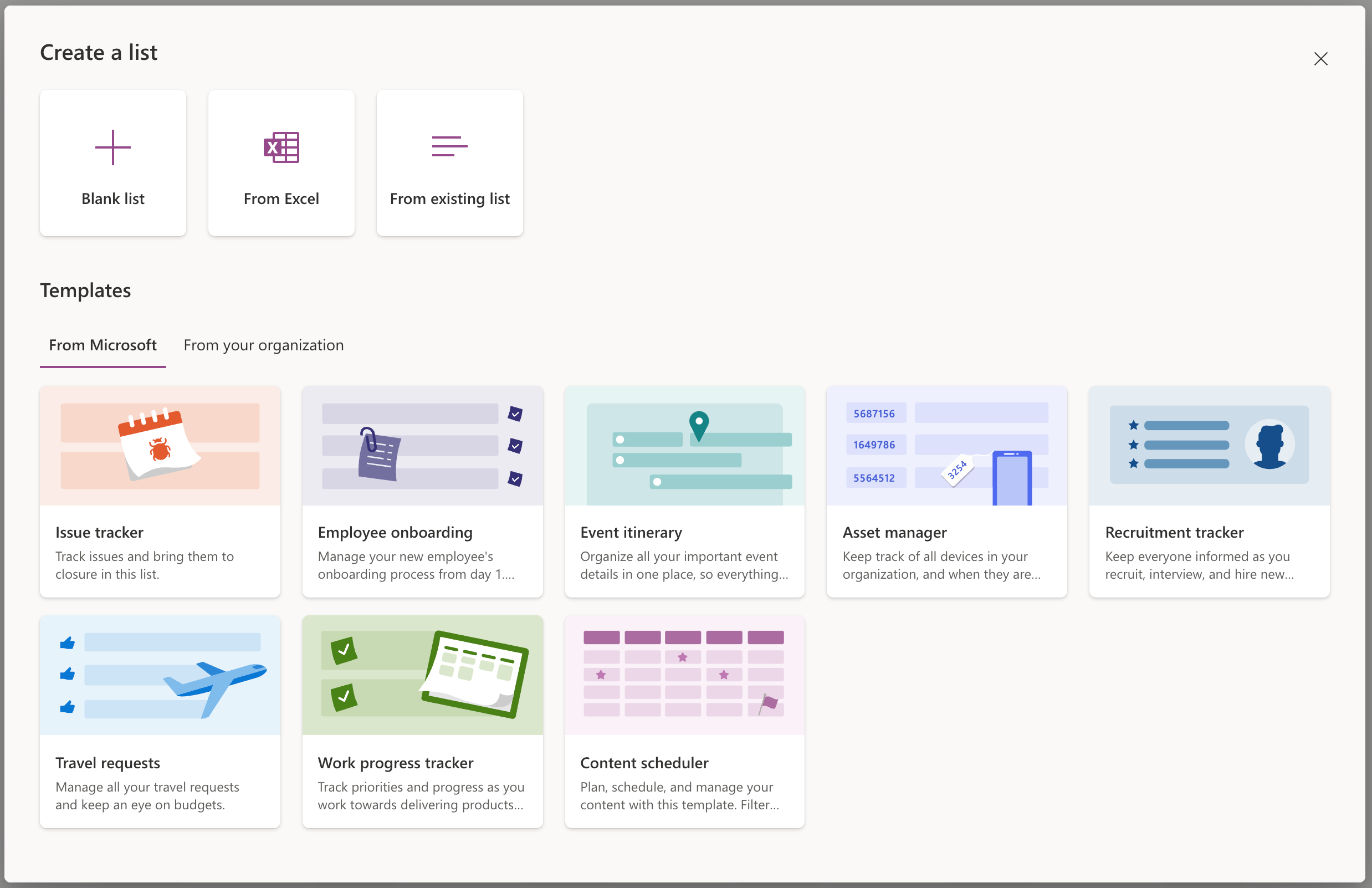 As a part of this change, the company will roll out some visual updates to the Lists app, including the list creation dialog. Users will also see a new “From your organization” tab while creating a new list, and this tab will be added next to the ready-made templates.

Microsoft noted that SharePoint admins for Microsoft 365 will be able to define and upload custom list templates via PowerShell. The app will let them manage the availability of these list templates to users in their organization based on their job roles.

Custom list templates should help to improve user workflow and eliminate the need to create new lists for common requests, events, issues, and more. Let us know in the comments below if you think this feature will make it easier for you to track and manage information.