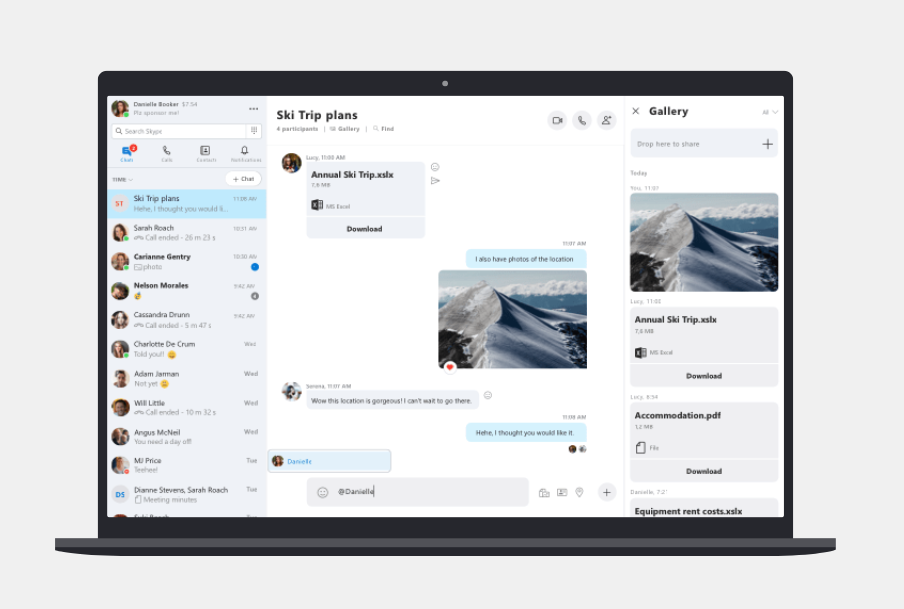 The days of Microsoft having two separate Skype apps on Windows 10 are finally over. With the release of Skype version 8.61 this week (via Neowin), Microsoft announced that it was introducing an “enhanced Skype for Windows 10,” though that’s actually a bit misleading.

“Skype for Windows 10 and Skype for Desktop are becoming one so we can provide a consistent experience. This lets us give the newest updates and improvements regardless of where you get Skype, from the Microsoft Store or from skype.com,” the Skype team explained on a support page. “We tried to preserve all the functionality of existing Skype for Windows 10 experience, but there are a couple of things that are not yet supported on this platform.”

Indeed, the previous Skype for Windows 10 app had unique features like Share Charm integration, and it also was one of the few apps that supported the now deprecated My People feature on Windows 10. These two features are gone in the latest Skype for Windows 10 update, though the change is all about consistency.

Microsoft now releases Skype updates at the same time across platforms, though some features now ship first on the desktop versions of the app. As an example, the ability to blur your background during video calls is only coming this week to Skype for iPhone and iPad, while the new 3×3 grid views for video calls is not available on mobile yet.