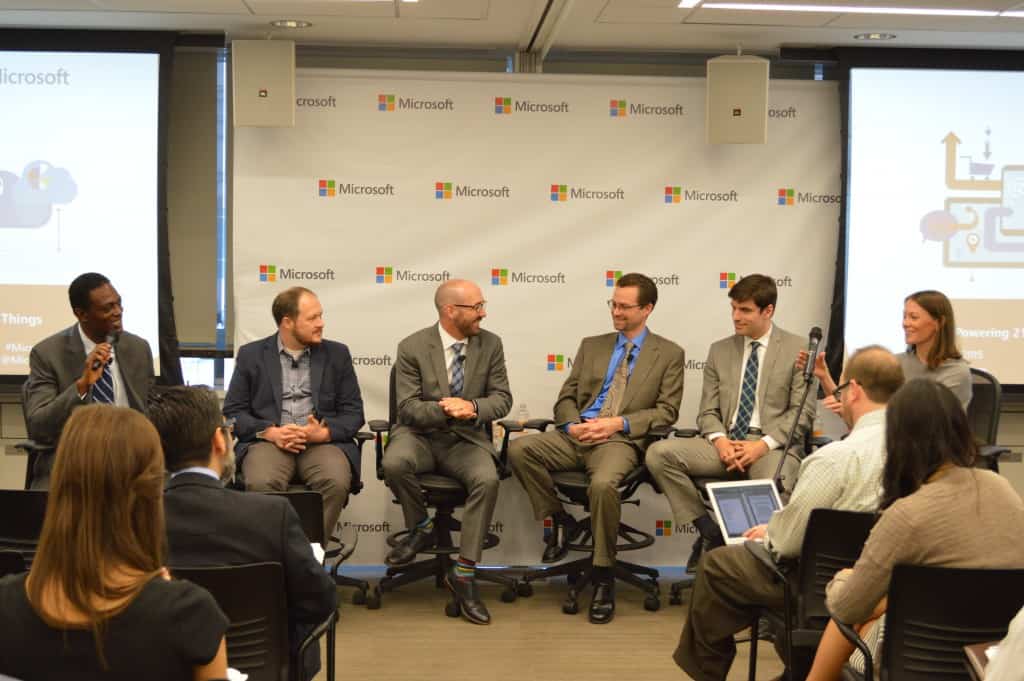 The name Minh Le may not ring bells for most people outside of the predictive analytics and big data crowds, but his new Fortune 500 partner might. Le has managed to snag Microsoft Corp as co-investor in a 2.5 million-square-foot project worth $500 million dollars of development. The project, dubbed the Gramercy District, is a real estate proposal to take 16 acres of land adjacent to the soon-developed Ashburn Metro Station in Washington, DC and turn it into a “mixed-use smart city.”

The Washington Business Journal is reporting that in a meeting with potential partners, Le pitched his vision of the new smart city behind the concept of advancements in technology that help to better individuals lives.

What we’re looking to do is build the next great tech real estate company,” Le said during a meeting in his Reston office. “We believe that technology is going to be a major force and driver in the way people live, the way people learn, the way people socialize.”

It’s not just our site,” he continued. “What we’re building is portable.”

According to Le, not only will Microsoft be donating a nominal amount for the construction of the new Smart City, but the software giant will also be building the blueprint for what Le calls, an “intelligent living platform.” Seems as though Le is attempting to leverage Microsoft’s previous endeavors in advance city planning with its CityNext program that also included “smart buildings.”

Aside from Microsoft’s involvement, which, at the moment, remains shrouded in relative obscurity regarding details, the Gramercy District is scheduled to deploy in multiple phases spanning several years. Other Gramercy features include, banking technology hardwired into various facets of living from parking garages to sensory devices such as Internet of Things products as well as improvements in device-to-device communications.

Perhaps to woo the tech elite from the increasingly congested areas of Silicon Valley, Le believes his new Smart City dream will be “ideal for tech companies and startups, as the IT systems will be in place before the first building even comes online.”

Le's partners echo the same sentiments as well as their enthusiasm for having the right partners onboard, executive director of economic development Buddy Rizer explains:

We really believe there’s great opportunity there and to have a company of that size and stature [Microsoft] to buy into the concept I think speaks volumes of the validity of Loudoun as a business market and what we’re trying to achieve around our Metro stations.

The Gramercy District and its Smart City underpinnings have a long way to go and several construction as well as infrastructure hurdles to overcome before it can make a name for itself, but Le and his partners are confident in having plucked the right people and companies for the task.

Lumia 650 will be making its way to Mexico soon

Designed on Surface highlights magical beards and surfing in Sydney