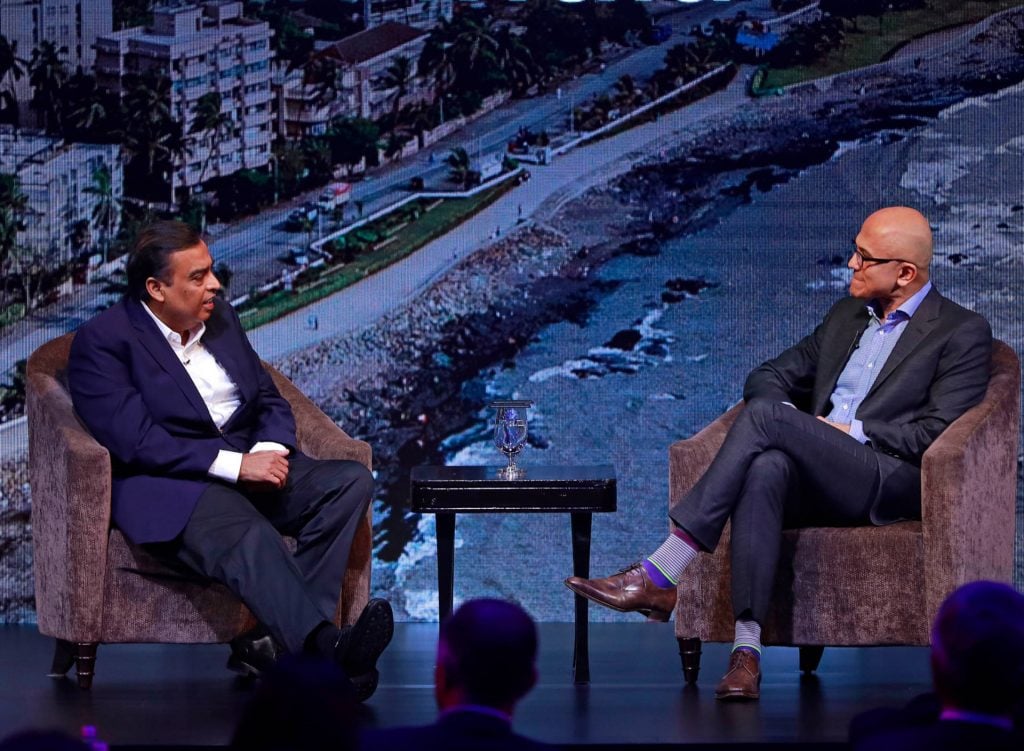 India's telecom industry is becoming a new hotbed for American tech firm investment opportunities as of late, with Facebook recently acquiring a close to 10% stake in Reliance Jio Platforms and Apple pushing hard with its "low cost" iPhone offerings over the years.

Now it seems both Microsoft and Google are interested in joining the fray with investment opportunities of their own, with the former interested in a 5% stake in India's largest telecom operator Vodafone and the latter wanting a $2 billion dollar piece of Reliance Jio Platforms as well.

Corroborating the accounts are India publication liveMint and the Financial Times which reports that before moving ahead with Vodafone, Google was also in talks with Reliance Jio Platforms which has raised $10.3 billion in a matter of weeks despite only being in the market for a little over 3 1/2 years.

As for Microsoft's latest intentions, industry gossip places the company's interest at a little over a month now, and despite not having a traditional mobile offering, the company seems to be still eyeing some sort of play for the potential 600 million user base India telecoms have access to.

Both Google and Facebook appear to be going after the low-end connectivity markets of India with Microsoft already having established a foothold with a partnership with Reliance Jio to "subsidize Office 365 cost to millions of small businesses in the region.

Microsoft's new investment interest may be looking to expand its existing partnership and perhaps nothing to do with smartphones, mobile devices, or direct telecommunications platforms, but rather offering the cloud infrastructure to power those experiences for years.

How to install a PWA on Windows 10 using Microsoft Edge