Microsoft Flight Simulator, Crimson Skies and more are coming to Xbox Game Pass this month Skip to content
We're hedging our bets! You can now follow OnMSFT.com on Mastadon or Tumblr! 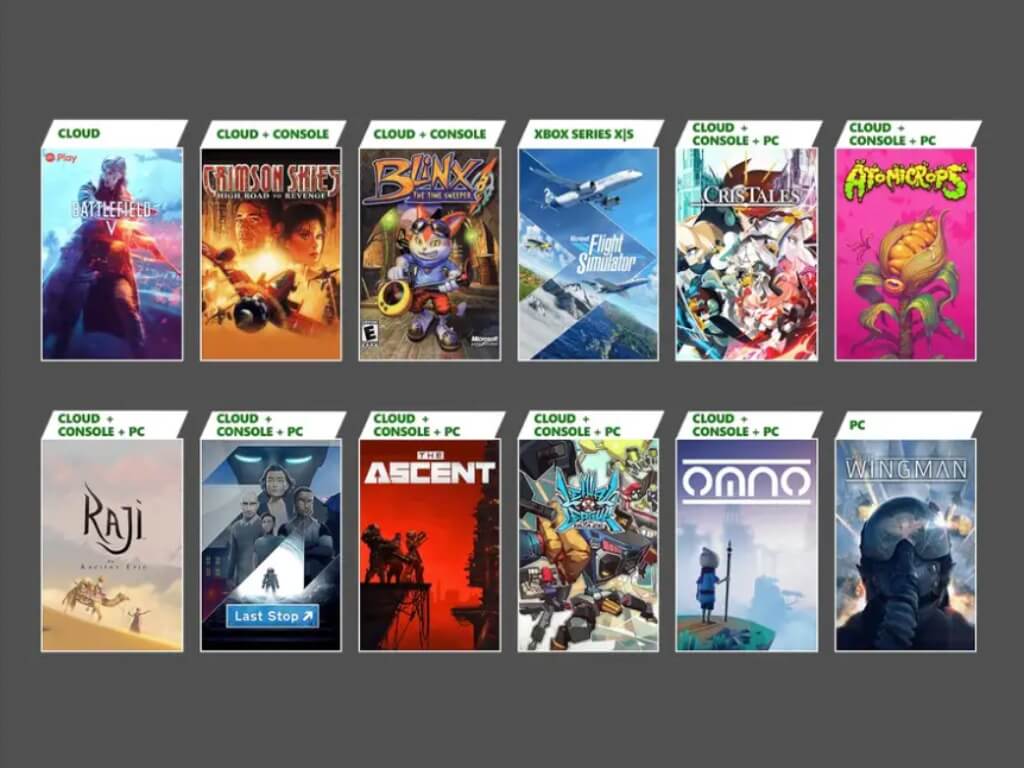 Microsoft’s Xbox Game Pass subscription service is about to welcome more new titles before the end of the month, including the much-anticipated Xbox version of Microsoft Flight Simulator. But as usual, the company will be spacing out its new Game Pass releases and a first new game is available today with the just-released Cris Tales.

Battlefield V, which was already available on Xbox Game Pass for Console and PC via EA Play is also joining the Xbox Cloud Gaming catalog today. As a reminder, Xbox Game Pass Ultimate subscribers can now try Xbox Cloud Gaming on the web on xbox.com/play, and Microsoft is currently working on integrating its cloud gaming service in the Xbox app for Windows as well as the Xbox OS. This will allow Xbox gamers to easily try games before downloading them, and also let Xbox One gamers play next-gen Xbox Series X|S titles in the catalog.

On July 29, Microsoft Flight Simulator will launch on Xbox Series X|S and Xbox Game Pass for console. The game launched a year ago on PC and the Xbox version will support Xbox Play Anywhere and cross-saves with the PC version. However, it won’t be cloud-enabled yet, even though Microsoft has now upgraded its Xbox Cloud Gaming servers with custom Xbox Series X hardware. Anyway, we'll have more to share on the Xbox version of Microsoft Flight Simulator very soon, so stay tuned to OnMSFT in the coming days.

Crimson Skies: High Road to Revenge, the classic flight-based OG game will also join the Xbox Game Pass catalog next week on July 26. Crimson Skies received praise back in the day for its single-player campaign and fun split-screen multiplayer mode that supports 4 players, and the game now looks better than ever on Xbox One X and Xbox Series X consoles thanks to 4K graphics.

Other notable additions to the Game Pass catalog later this month include The Ascent, a cyberpunk-themed solo and co-op action-shooter that will be available on July 29. You can find the full list of new Xbox Game Pass games coming to the service in July below:

Microsoft also announced touch controls support for 14 new cloud-enabled games today, and the list includes Cities: Skyline, the Fable Trilogy, Fuzion Frenzy, and The Bard's Tale trilogy. If you haven't played them yet, be aware that It Lurks Below, The Touryst, and UnderMine will be removed from the Xbox Game Pass catalog at the end of the month on July 31.

How to update Microsoft Edge on Windows, Apple, and Android