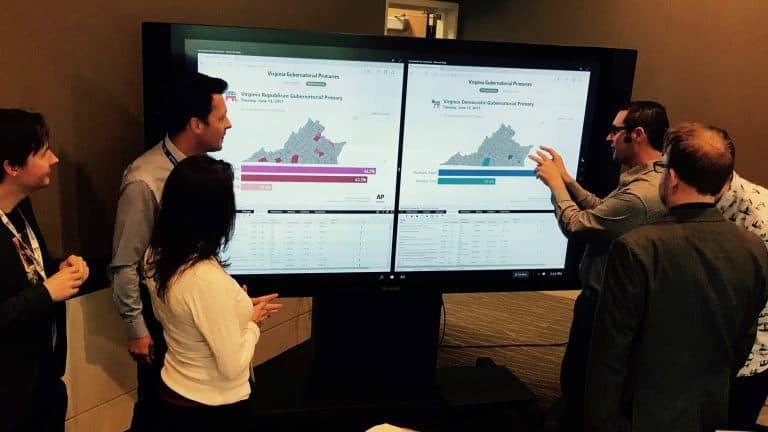 In the tech industry when a company uses its own service or product with the express intent of testing it, that is usually referred to as dogfooding.

Dogfooding is usually trafficked when attempting to ship a relatively untested piece of code and or software with an intended distribution to people. machinery, or other products.

However, what do you call it when a company not only uses its own developed software but claims its product is used “almost as much as they use email”?

During the Microsoft Data Insights Summit in Seattle, the corporate vice president of Power BI James Philips announced Power BI Premium but also took the time to talk about what the company loves so much about its data visualizer.

“It’s, by far, the most widely-used service that we use inside the company other than Office 365 emails. Everyone is using Power BI to run their businesses.”

Disregarding Microsoft’s probable inherent bias, Power BI is set to see a relative boon as many companies use cloud computing to not only absorb even more data than they have before but will need tools to translate those sources into actionable events.

The task Philips has in front of him is the explanation of how Power BI translates in modern business use. According to a report from Business Insider, “Philips fears that perhaps the service is not well understood by the larger market, as customers wonder if this is just a small project for Microsoft,” and without hard numbers, it’s hard to tell.

Similar to the way Microsoft reports its Xbox numbers, the Power BI team reports data models created instead of sales or customer installs, which stands at 11.5 million models and 30,000 added daily.

Perhaps Phillips’ easiest sales pitch comes from the very nature of how Power BI works, which is to funnel massive piles of data from a multitude of sources such as Salesforce, Google Analytics, and Oracle databases and puts that info in visuals for the “average human.”

As Microsoft continues to bundle more and more services into its Office 365 platform, the use of Power BI should become an eventual no brainer for many, as it potentially dampens the magic of Excel by offering the actual visualization of all those spreadsheets.