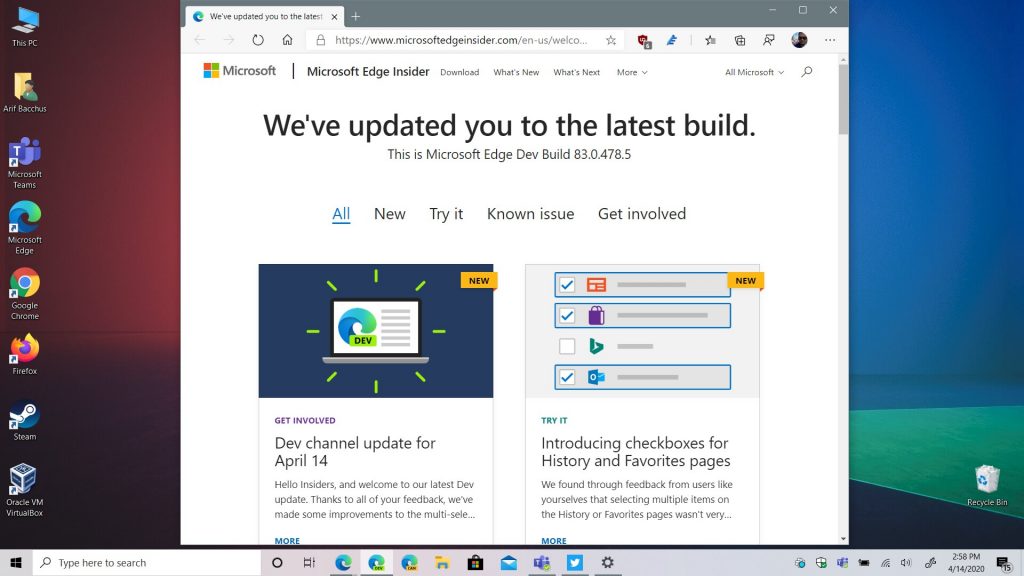 Microsoft has just pushed out a new Edge Dev release. Coming in at 83.0.478.5, Microsoft says that today's update is also the candidate for the next version 83 release for the Beta channel. Much like last week, this is yet another small release, but here's a look at what you need to know.

Starting first with the added features, new is the ability to select text and read aloud just the selection when using the Read Aloud feature. It's also now possible to add nicknames to saved payment cards. Other new features can be seen below:

When it comes to reliability, Microsoft has improved an issue where renderer processes sometimes use high, constant amounts of CPU. The issue where closing a tab might crash the browser has also been fixed. You can see some of the other improvements and changed behavior below. We remind you that you can see the full list at Microsoft by clicking here:

As for the known issues, the favorite duplicates, issue with Edge windows becoming black, “wobbling” behavior when scrolling using trackpad gestures still persists. The problem where users with multiple audio output devices sometimes don’t get any sound, or where there is a noticeable line between the browser UI and the web contents persists, too.

Now that today's release has become the candidate for Edge Beta, you can expect Microsoft to move the Dev channel to Edge version 84 soon. Microsoft also says it will be releasing a small revision to this build later this week to make sure they're perfectly in sync with all the changes from the Chromium project.