Microsoft “doing something we’ve never done before” with next Insider builds, could be build 10581

Master of the tease, Gabe Aul of the Windows team has once again piqued the interest of Windows 10 Insiders with another vague tweet. Earlier today, Gabe took to Twitter to sadly inform eager Insiders that there would be no new Windows 10 Mobile Insider build to expect.

Last week, Gabe mentioned that there would be a newer build released sometime this week, and it would be much more stable and do away with the inconvenient rollback and upgrade bug plaguing the latest mobile Insider builds. Here it is Wednesday and Insiders have yet to see a new build.

However, Gabe also took time out to tease that, not only is the newer build much better than he had planned on last week, but that whenever it is delivered to Insiders, it will be done in a way that has “never before with new builds.”

We are working on doing something we’ve never done before with new builds…but not today.

The cryptic message may be little consolation for some impatient Insiders, although, it has raised others curiosity about what Gabe and the Windows team has cooking for the next build. Some have already begun to speculate that the Windows team is finally in a position to start delivering both PC and mobile builds together. Other Insiders believe Microsoft may start implementing A-B testing of different flights.

I wonder if Microsoft is planning to release both a desktop and mobile build at the same time… Maybe even the RTM build?!

If the new build is delivered tomorrow, it may be only a matter of hours before we find out what the Windows teak has up its sleeve.

More to Gabe’s tweets earlier in the week about the new build surpassing his previous predictions from last week of delivering build 10575 to Insiders, an alleged screenshot of a Windows 10 Mobile build 10581 has surfaced on a Russian blog site, Onetile. With no other screen shots of the OS or a clear hands-on video, it’s hard to say if this is more than just wishful photoshopping. 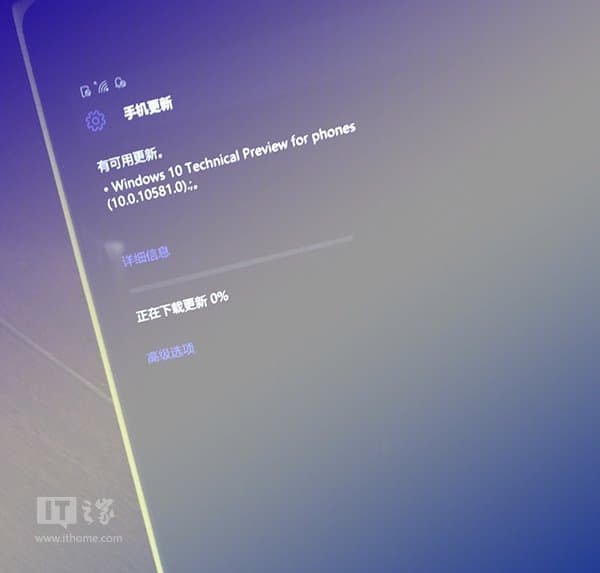 Either way, the Windows team is set to deliver a new build to Insiders this week and at that time, we’ll know what the ‘never been done before’ is all about.