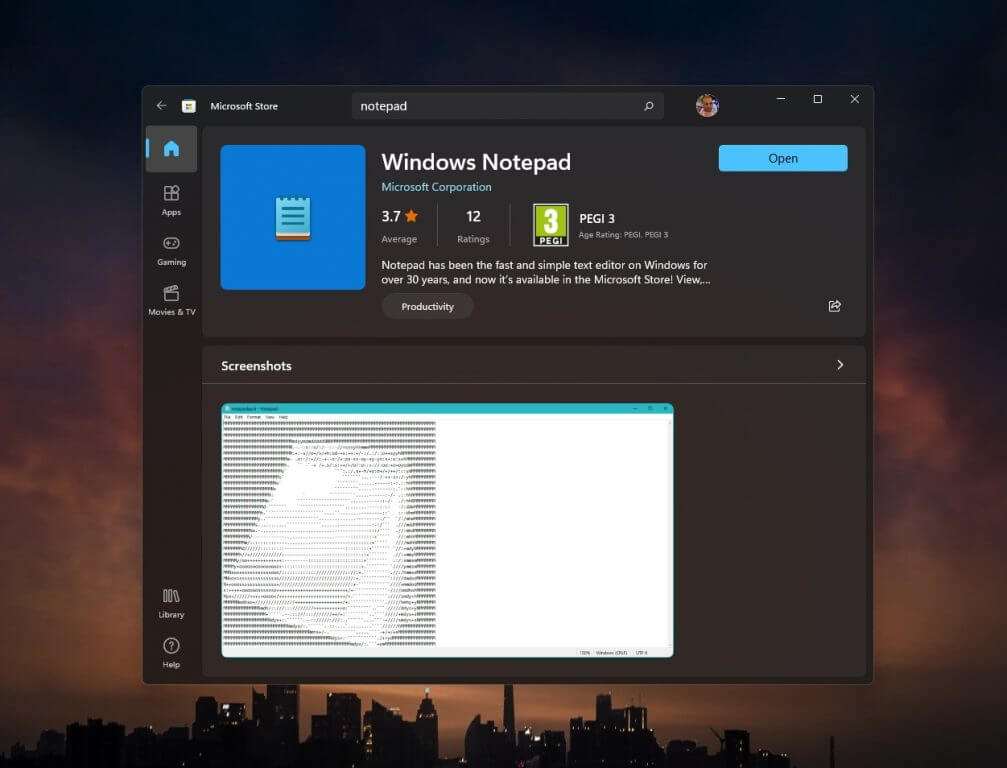 The Windows 11 Notepad has been on the receiving end when it comes to updates for quite some time now, from incorporating dark mode into the app to rolling out on Beta Channel for Windows Insiders.

Essentially, Notepad is a simple text editor included with Windows and a basic text-editing program which enables computer users to create documents. It can also be used to view large files which is why it has received a couple of updates over time with the goal of enhancing its performance, ultimately promoting its effectiveness.

Thanks to the update, users will no longer have to deal with the problematic Unix-convention lines that terminated with a LF (U+000A) instead of a CRLF (U+000D U+000A). "To fix this problem, Notepad went one better: it checked to see which line ending came first and then made that line ending the default for the file. So, a file with LF- terminated lines remain LF terminated and displayed correctly. "

Therefore, when making this update users will be able to access all the features available in the classic app as they are supported by RichEdit. That said, Show Unicode control characters will now work in this new version of the application which also includes emojis.

The RichEdit build used in Notepad comes from the same sources as the RichEdit that’s loaded with Microsoft 365 applications like Word, PowerPoint, Excel, and OneNote. It’s not the Windows RichEdit in msftedit.dll. Consequently, Notepad has the latest RichEdit improvements.

We’ve fixed bugs that didn’t show up for RichEdit plain-text controls over the years partly because before Notepad, the plain-text instances have been small.

Only time will ell how well the RichEdit feature will blend in and how the users will embrace the new changes made.

OneDrive Files on Demand gets updates on MacOS