New Notepad Rolls Out to Windows 11 Beta Channel Insiders Skip to content
We're hedging our bets! You can now follow OnMSFT.com on Mastadon or Tumblr! 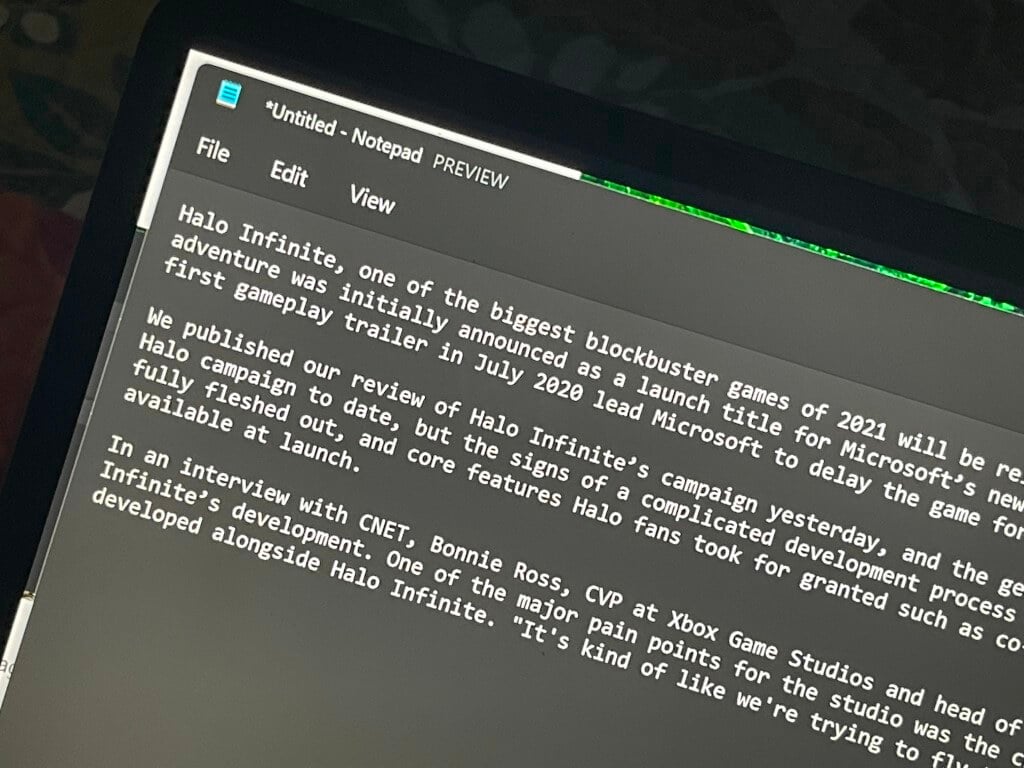 It's been about a month since Microsoft announced a redesigned Notepad app for Windows 11, but it is now time for it to expand to more people. Indeed, the new Notepad experience is now coming to Beta Channel Windows Insiders, too.

If you didn't already know (or get to try it on the Dev channel first,)) the new Notepad experience has an option for a dark mode. It also has more rounded corners, and Windows 11's Mica effect for light mode. A redesigned find and replace experience, and multi-level undo cap out the list of features.

Heads up: We have begun rolling out the redesigned Notepad for Windows 11 to all #WindowsInsiders in the Beta Channel. https://t.co/mjUZ8Jp9BL ^BLB

It's nice to see that Microsoft has decided that the new Notepad experience is stable enough for Beta channel Windows Insiders to try out. It should not be too long now until it rolls out to the retail version of Windows 11. After all, Microsoft first started testing a new Windows 11 Media Player on November 16, and it just started rolling out to the stable version of Windows today, on January 5.