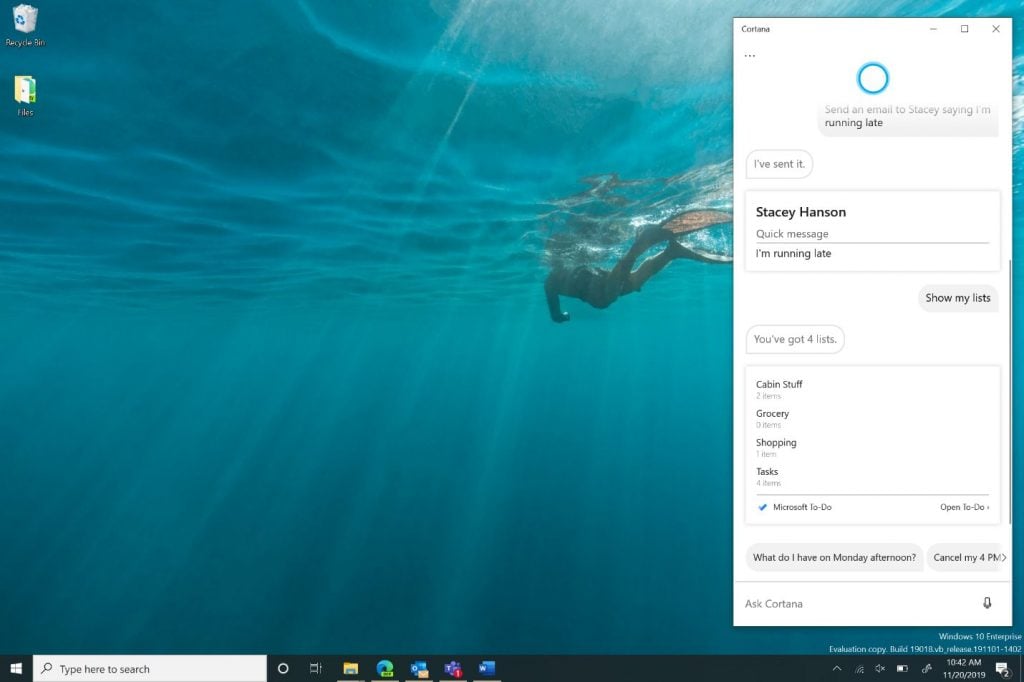 With the separation of Cortana from the taskbar on Windows 10, and it coming as a new app for Windows Insiders, it has been known and rumored for some time that Microsoft would be changing up its digital assistant. Well, late Wednesday evening, the company finally detailed this, and all the major changes coming to Cortana in the Windows 10 20H1 update.

First of all, it is important to note that all these Cortana changes will be rolling out to Windows Insiders in the Fast Ring first. It also comes as part of what Microsoft is calling a shift to make Cortana from a "general digital assistant to a personal productivity assistant that helps you in the Microsoft 365 apps you use to get things done every day."

As previously announced, one of the key changes is undocking the Cortana app from the taskbar, allowing you to resize or move it around. You'll also be able to more easily configure your default input to Cortana. Other key changes include improved email skills, Calendar skills, and Windows skills. This means you'll be able to use Cortana to open Windows apps and adjust settings, and even join Microsoft Teams meetings. According to Microsoft:

Importantly, Microsoft has also removed some functionality of Cortana accordingly. The company has removed Cortana support for connected accounts, which means work and personal accounts are now two separate experiences based on which account you've signed in with. Cortana Chat history will also remain on the device locally. Other features removed include the following, but be aware that they will be coming back soon.

Once beta testing with Windows Insiders is complete, you can expect these Cortana features to roll out to a wider audience with the Windows 10 20H1 update. There's still no timing for that as of yet, but rumor has it that the update could RTM by the end of December.