Microsoft has confirmed today the previous reports suggesting that Windows 10X wasn’t coming this year, if at all. In the blog post announcing the public rollout of Windows 10 version 21H1, John Cable, Vice President, Program Management, Windows Servicing and Delivery, explained that Microsoft has been listening to customer feedback in recent months and realized that it made more sense to integrate Windows 10X features in the regular Windows 10 OS.

"Following a year-long exploration and engaging in conversations with customers, we realized that the technology of Windows 10X could be useful in more ways and serve more customers than we originally imagined. We concluded that the 10X technology shouldn’t just be confined to a subset of customers,” Cable explained.

Windows 10X was originally designed as a new lightweight version of Windows 10 optimized for dual-screen devices like the Surface Neo prototype Microsoft showed in October 2019. Last year, the company announced a shift in strategy with Windows 10X now targeting single-screen devices for the Enterprise and Education markets, but the company has apparently given up on trying to compete with Chromebooks.

The good news is that all the work that Microsoft did on Windows 10X, including the container technology allowing apps to run more securely will live on in the regular Windows 10 OS. Some of the design ideas we've seen in Windows 10X will also be applied to Windows 10, and we've already seen glimpses of these visual changes in recent Insider builds. Microsoft has yet to officially confirm it, but the 21H2 update coming later this year is expected to introduce a big design update codenamed "Sun Valley." 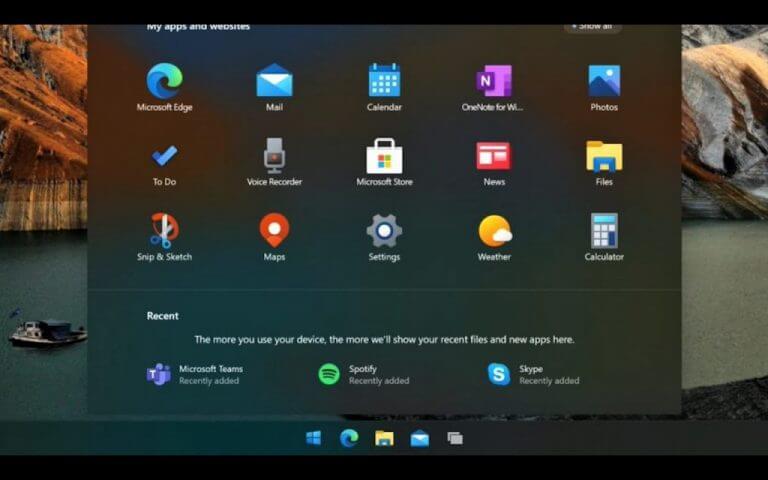 "Instead of bringing a product called Windows 10X to market in 2021 like we originally intended, we are leveraging learnings from our journey thus far and accelerating the integration of key foundational 10X technology into other parts of Windows and products at the company. In fact, some of this is already reflected in the core of Windows in Windows Insider preview builds, for example the new app container technology we’re integrating into products like Microsoft Defender Application Guard, an enhanced Voice Typing experience, and a modernized touch keyboard with optimized key sizing, sounds, colors and animations. Our teams continue to invest in areas where the 10X technology will help meet our customer needs as well as evaluate technology experiences both in software and hardware that will be useful to our customers in the future", Cable wrote today.

All in all, Microsoft probably made the right call about not shipping Windows 10X on new devices this year. The company failed to get PC manufacturers on board with Windows RT in the past decade, and recent experiments to lock down Windows 10 such as Windows 10 in S Mode didn't really have great results. As Cable emphasized today, it's important for Microsoft to focus on what customers want, which is a better Windows 10 OS with useful features and a more coherent design. Windows 10X may have looked like an unnecessary distraction, but it's nice to know that all the work Microsoft did on the OS won't go to waste.

Microsoft starts rolling out Windows 10 version 21H1 to all users, here’s how to get it