Microsoft today on their Windows Developer Blog officially confirmed an April launch of the Windows 10 Version 1803 (Redstone 4) release (via Neowin). This is one of the first official documentation, coming several days after the "Spring Creators Update" naming initially leaked and suggested a final release timed for the spring.

Seen below, a table originally posted in February to the Microsoft blog was updated today, showing that the Redstone 4 release will come in April of 2018. The table also shows that Redstone 4 support will continue through October of 2019, falling in line with Microsoft's current support schedule. Interestingly, it lists the "initial build" (meaning RTM) as 17115, which is the most recent build pushed out to Slow Ring and Fast Ring Windows Insiders. 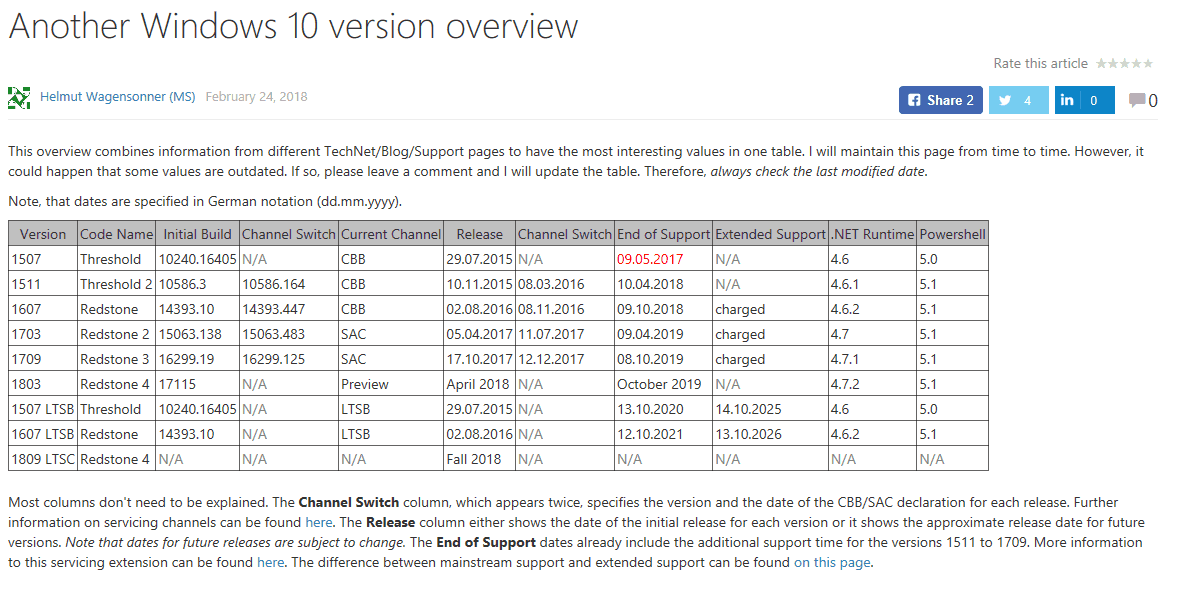 Microsoft is still working on finalizing Redstone 4 with Windows Insiders and it is best not to take the "initial build" part too seriously for now. April is also still a few weeks away, and more is likely to develop in the remaining days of March. Best to keep tuned for more information in the days ahead.