Microsoft today announced a new Xbox collaboration with Discord which will allow gamers to connect their accounts together. This opens up a new level of communication for gamers all over the world, making it easier for them to connect with each other and see what is being played on both console and PC.

The option to connect Xbox accounts to Discord will be coming soon to Xbox Insiders via the account settings menu on Xbox One. Users can find the option under "Linked social accounts," where they'll need to input a unique code into the Discord app to complete the link. On PC or mobile, Xbox Insiders will also be able to connect Discord directly from the Discord app via the connections tab under User Settings. 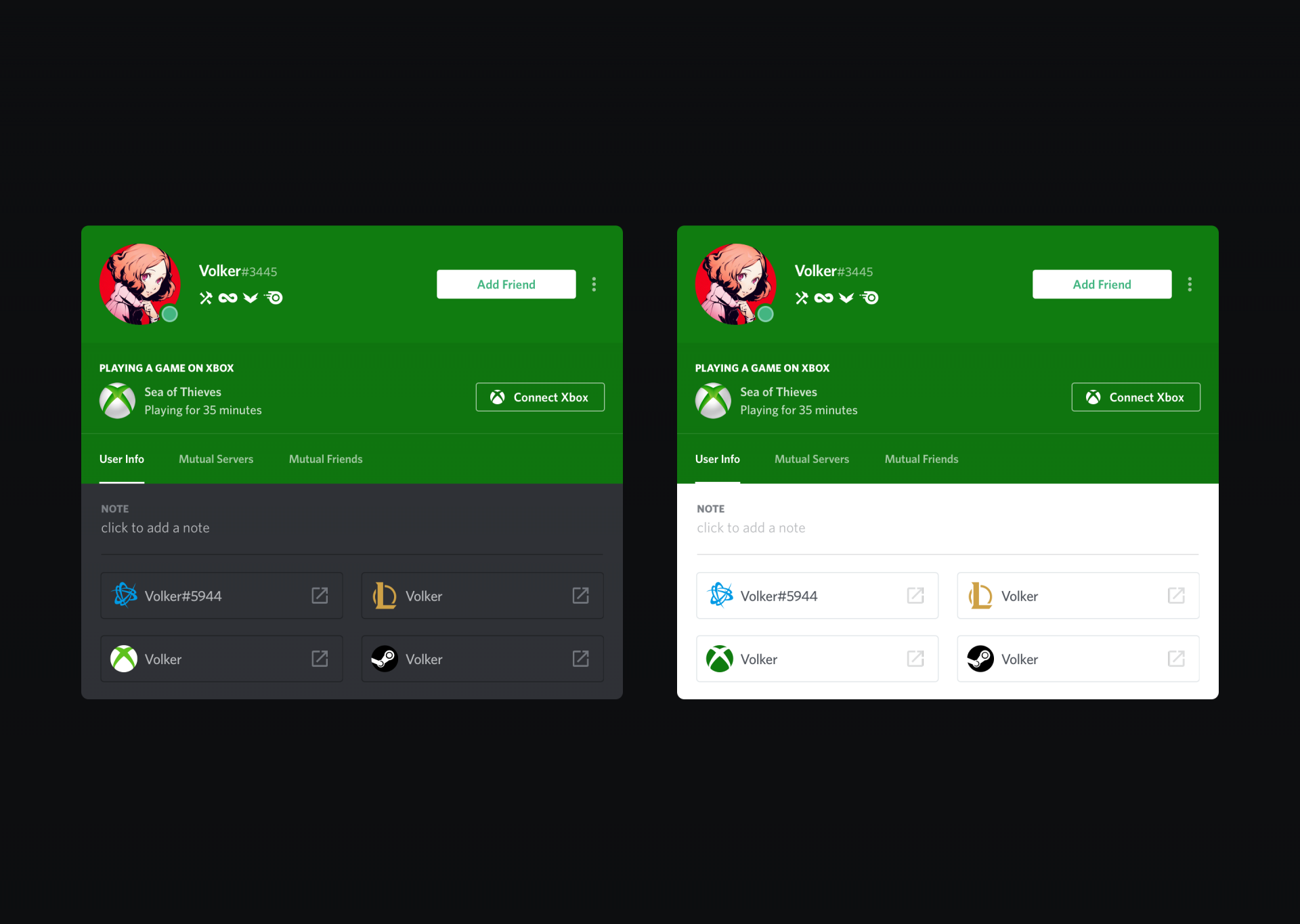 After completing the connections Xbox Live status and profiles will be shared on Discord, so friends on the same servers can see what you're doing on your Xbox console. Combined with the changes coming in the May Update for Xbox Insiders, it is nice to see that Microsoft is listening to feedback and helping gamers connect with each other.

Do you think you'll end up using the Discord connection on your Xbox? Let us know your thoughts in the comments below.