Microsoft announces the Surface Book i7 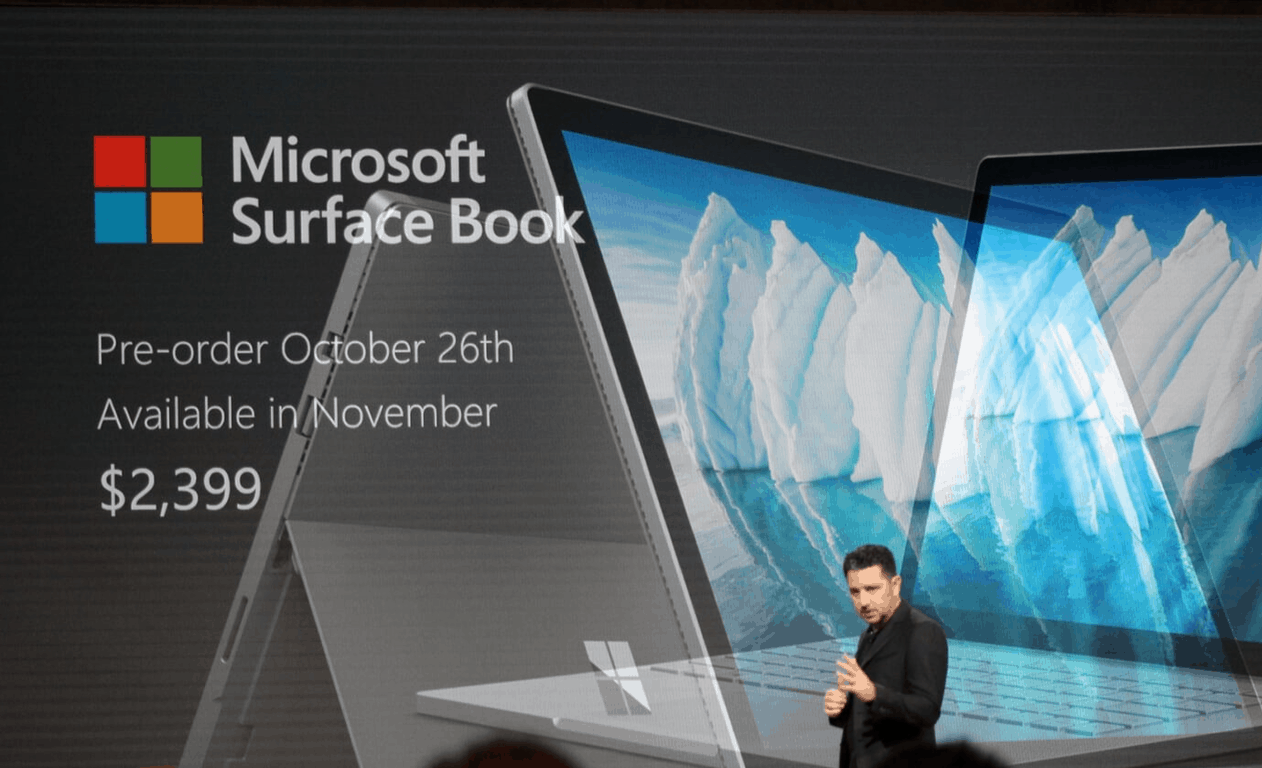 Introducing the new Surface Book i7, the ultimate laptop. Now more powerful than ever. #MicrosoftEvent pic.twitter.com/jnZhD68LnX

The device has an Intel i7 processor, as you might imagine, and it has a few extra bells and whistles under the hood to make it even better. The big change that was highlighted on stage was a massive increases in battery life, bringing the product’s life up to 16 hours. Its announcement was preceded by talk about how gamers wanted “more FPS,” and how engineers wanted “no lag,” leading us to believe that it’s going to be a much better performing device than its predecessor. The device should be available for pre-order starting at $2,399 very soon, and it’s going to be launching in November.