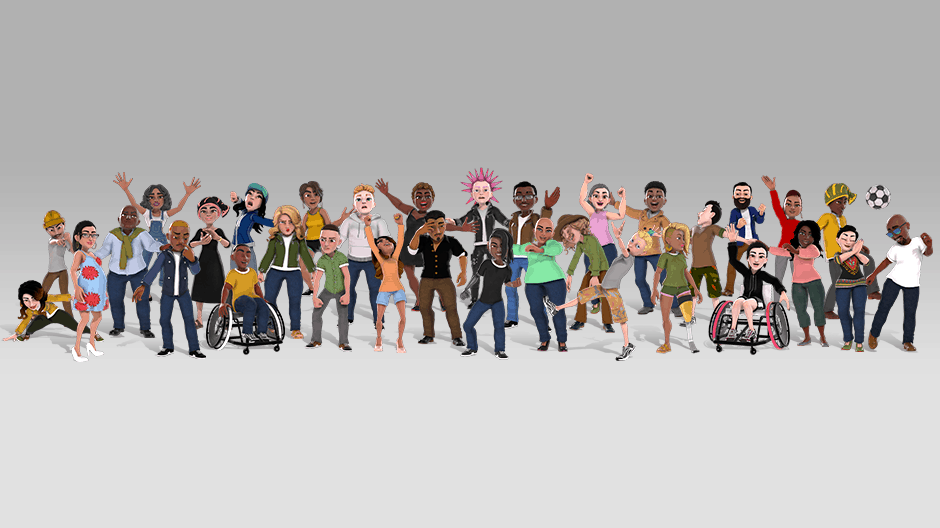 Microsoft will be rolling out a new 1810 build to Xbox Insiders on the Skip Ahead and Preview Alpha rings today, and on this occasion, the company has shared more details about the new features coming in the Xbox One Fall Update. The redesigned Xbox Live Avatars have been available for select Insiders for quite some time now, but this build will introduce a new Avatar Store giving Insiders more opportunities to personalize their Avatar.

This build also comes with an updated Avatar Editor with better performance and new navigation animations. The Avatar Editor, which is a universal Windows 10 app is also coming soon to Windows 10 PCs, the Xbox team says that a new quest in the Windows 10 version of the Xbox Insider Hub will indicate how to try it. This will only be available for Insiders in the Alpha Skip Ahead, Alpha, or Beta rings on Xbox One, the team explained.

Last but not least, this new Xbox One Insider build is introducing a new feature for Mixer streamers on Xbox One: from the broadcast menu, there will be a new toggle for broadcasting your entire Xbox screen, including the dashboard when you’re not playing a game. It’s already possible to broadcast your entire desktop using the Game Bar on Windows 10, so it’s nice to see the option being added on Xbox One.

This new Xbox One 1810 build, which should be available at 2:00 p.m. PDT today, also fixes various issues related to audio, Groups, as well as the Netflix and YouTube apps. The team is making good progress on the next major update for the Xbox One, and we're looking forward to seeing if more new features will be coming in the next few weeks.

With latest Insider update to the Microsoft Store, users get the wish list feature they've been wishing for

New Xbox Elite Controller could be coming in October this year