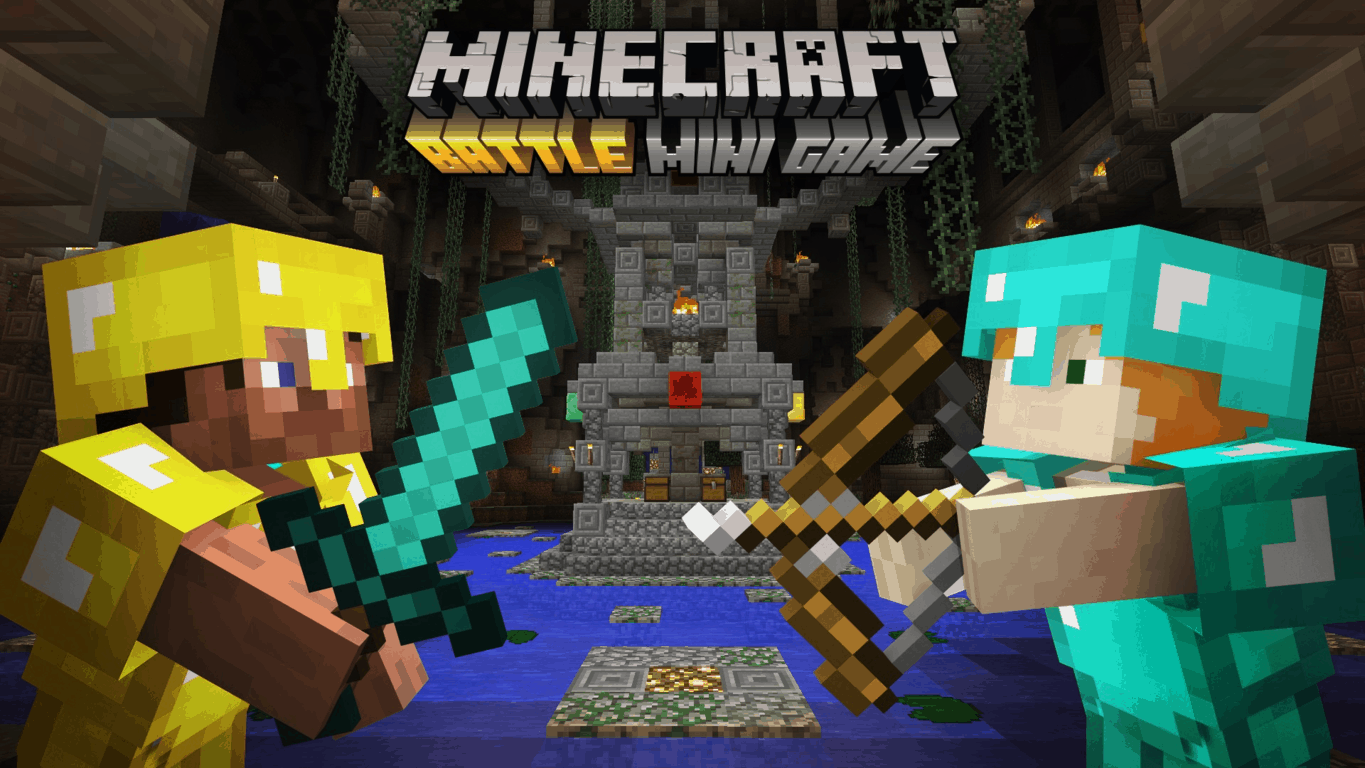 Gaming on console and ready for some competitive Minecraft mayhem? Good news for you: Microsoft / Mojang is releasing a new console-exclusive addition to their world-building game to satiate the combat-loving Minecrafter, and it’s called Minecraft Battle, announces the Mojang homepage.

A product of 4J Studios, who also developed the console versions of Minecraft, Battle is part of the Minecraft Mini Games collections, which, in simple terms, are official mods from the maker to introduce new specific game modes to the core Minecraft gameplay. Mini Games are expected to cover one of the lacking aspects of the console gaming experience in general, not just for Minecraft, which is a vibrant modding scene.

Fight others for your life and glory in the new Minecraft Battle. Featuring the Lair map.

In fact, according to Windows Central, the idea for Battle may have come from a popular mod on PC. Aptly named “The Hunger Games” after the popular young-age novel and game series, the mod follows a similar format to the titular competition, featuring players overcoming in-game obstacles and each other for survival. Being an unofficial mod, however, means that there’s only so much the maker can change regarding the gameplay, and there are certain mechanics of the normal Minecraft that might not fit a fast-paced combative experience. This is where Battle make things better and more intuitive.

There’s quite a variety to the provided maps. Also deadly traps.

Described as a “last-minecrafter-standing deathmatch”, Battle puts the focus on “radical tactical thinking and combat” by doing away with many bothersome Minecraft mechanics including manual countdowns, loot chest prep, or indeed, crafting itself. Instead, players can now jump right into battle using weapons and resources littered across the playing field and inside treasure chests, facing other players as well as environmental perils. Armor can be equipped with one button, as with looting inventories, and there’s even automatic score keeping added in so you don’t have to (it might even save you from post-game quarrels over kill numbers).

Better yet, with Minecraft Battle, Microsoft is bringing back an experience familiar to many long-time console players, yet sadly a rarity in the current gaming world: local co-op. Up to four players can now duke it out split-screen style in one of the three maps provided in Battle, using just one Xbox One, PS4, or other supported consoles. This feature alone should turn Minecraft into a popular party game; not that you have a lot of other choices these days, which is exactly the point. If you instead would like to kill other Minecrafters in solitary comfort, you can do it with three more people than offline, for a total of 8-player online deathmatch. 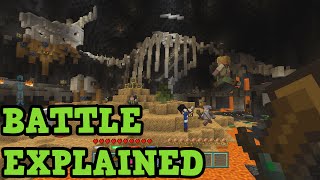 Gaming on console and ready for some competitive Minecraft mayhem? Good news for you: Microsoft / Mojang is releasing a new console-exclusive addition to their world-building game to satiate the combat-loving Minecrafter, and it's called Minecraft Battle, announces the Mojang homepage. A product of

Minecraft developers seem to still have their quirky sense of humor: when a player dies in Battle, they will turn into a bat. No, not Batman, but an actual bat that can hovers around the map, pestering other players, and even taking third-person view of any other combatants. While the dead-player-bats can’t do much, if anything at all, to affect the match, it sure is cool to know that death means you get to fly and annoy the heck out of fellow players. And you only have a few more days to wait: Battle is coming free to Minecraft: Console Editions players in June , with more map packs for sale promised in the future.