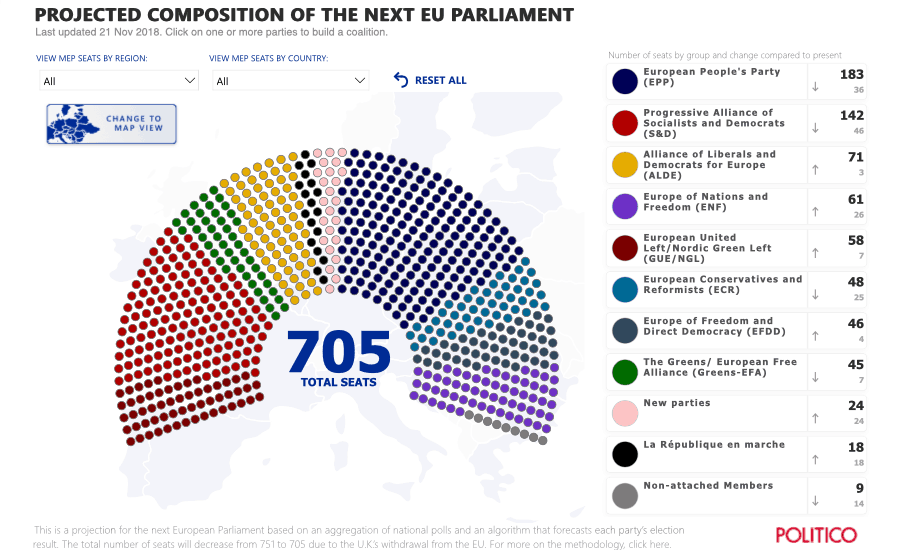 A couple of weeks ago, we learned that political journalism company Politico Europe had teamed up with Microsoft to launch a new Election Hub. The interactive tool leverages Microsoft’s PowerBI analytics service to improve Politico’s coverage of the the 2019 European Parliamentary elections.

Today, this new Election Hub has been updated with new country-level pages featuring detailed informations about each of the European countries participating in the upcoming election. “Enabled by Microsoft Power BI, our product provides comparisons of 2014 results with the latest projections, linking national parties, their European parliamentary groups, voter turnout and key information on the voting process,” explained said Johannes Boege, Chief Product Officer at POLITICO Europe. “At a glance, our readers can get a very detailed and up-to-date overview of the EU elections in their country and compare it with the situation in other member states.”

Microsoft’s collaboration with Politico Europe is part of Redmond’s new Modern Journalism initiative, which aims to transform the news industry with technology. This only came to our attention today, but Ben Rudolph, previously Global Director of Retail Experience at Microsoft (and known by Windows Phone fans for his “Smoked by Windows Phone” series of videos) is now leading Microsoft’s Modern Journalism initiative. In addition to partnerships with various news organizations like Politico Europe, Microsoft revealed earlier this year that it had a team of more than 800 editors across the world that help curating the news that appear on MSN.com or the Microsoft News app.