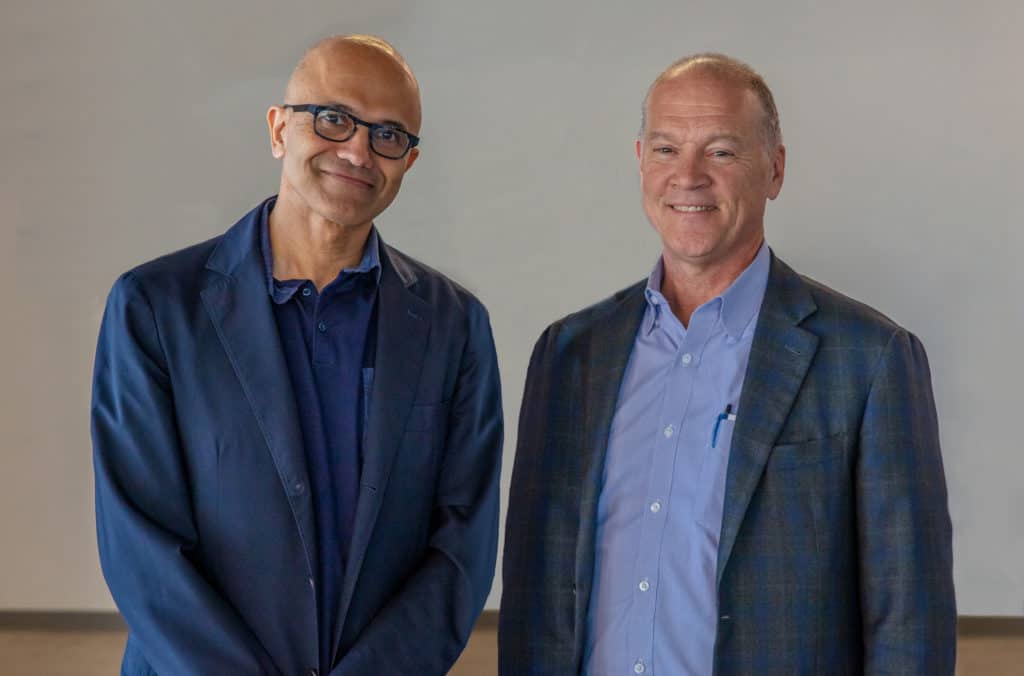 Microsoft on Wednesday, July 17, announced what it is calling an "extensive multiyear alliance" with AT&T on cloud, A.I. and 5G technologies. With the goal of "improving how people live and work today and in the future," Microsoft will also become AT&T's preferred cloud provider for non-network applications and will support AT&T's consolidation of its data centers.

Under this new extensive alliance, AT&T will come onboard with the power of Microsoft 365, and will also move its non-network infrastructure to Microsoft Azure. Microsoft, however, will also be able to leverage AT&T's 5G networks to design, test, and build edge-computing capabilities. There is an additional vision with this alliance to use 5G to bring instantaneous communications for first responders using AI-live powered voice translations to communicate and break down language barriers. In the words of Microsoft CEO Satya Nadella:

"AT&T is at the forefront of defining how advances in technology, including 5G and edge computing, will transform every aspect of work and life. The world’s leading companies run on our cloud, and we are delighted that AT&T chose Microsoft to accelerate its innovation. Together, we will apply the power of Azure and Microsoft 365 to transform the way AT&T’s workforce collaborates and to shape the future of media and communications for people everywhere."

Other plans under the alliance will see both companies bring voice, collaboration, conferencing, intelligent edge, networking, IoT, public safety, and cybersecurity solutions. In addition, there are separate goals for the two companies to work on technology solutions for social good --- relating to sustainability, accessibility, and community challenges such as homelessness. This ties in with both Microsoft's affordable housing initiative and AT&T Believes.

Both Microsoft and AT&T already have worked on enterprise networking, IoT, and blockchain solutions, and more services will be announced later in 2019.

How to check what processor is inside your PC