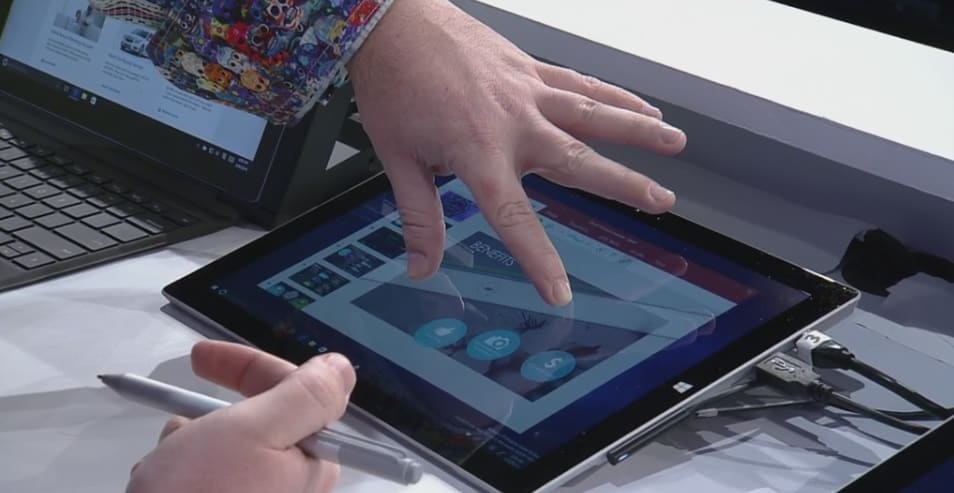 When Bryan Roper came out on stage today to show off some of the new things that are coming to the Windows 10 Anniversary update, we got something of a surprise: a ruler that you could bring up on the monitor to help you work with a pen. We've seen tons of new ways to use a pen or stylus on touch-enabled Windows 10 devices but this new ruler function seems like it's going to be adding an entirely new layer of depth to how users interact with their Windows 10 device.

As shown during the presentation, when users bring out the ruler, they can move it around with two fingers in any direction that they like. It can be used, as you might imagine, to measure things out to scale on the screen and can also be used to draw accurate lines when you're drawing with the Surface Pen.

This promises to be very useful for artists who might need help making detailed lines look sharp, or even for people looking to write up a quick graph. Whoever you are, the ruler is going to be a huge asset when it comes to your pen toolkit.

Build is one of the biggest tech events of the year. The conference serves as a time for developers and consumers alike to get together and listen as Microsoft tells us all of the plans for the future. With HoloLens about to break ground in consumer technology and Microsoft Surface ready to move into its next stages, Build 2016 is shaping up to be an extremely significant event.