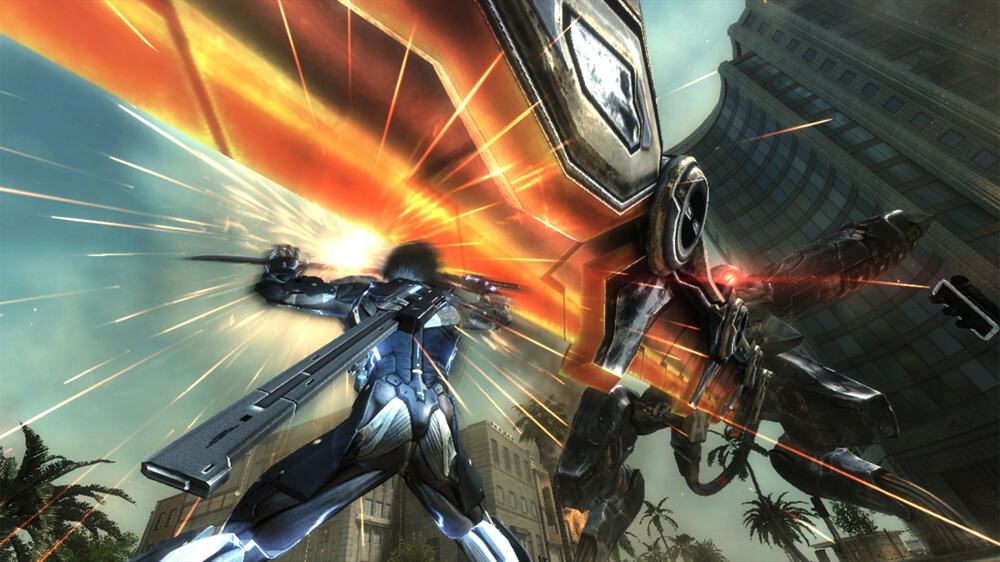 Two Xbox 360 games have been added to the Xbox One Backward Compatibility catalog today, Metal Gear Rising: Revengeance and ScreamRide. For those unfamiliar, the first one is a spin-off from the critically-acclaimed Metal Gear series, and developed by Planitum Games in collaboration with Kojima Productions. The second one is a construction simulator which was released on both the Xbox 360 and Xbox One in 2015 (it's also currently playable for free for Xbox Game Pass subscribers).

You can find the official descriptions, trailers and download links for both games below

METAL GEAR RISING: REVENGEANCE takes the renowned METAL GEAR franchise into exciting new territory by focusing on delivering an all-new action experience unlike anything that has come before. Combining world-class development teams at Kojima Productions and PlatinumGames, MGR REVENGEANCE brings two of the world’s most respected teams together with a common goal of providing players with a fresh synergetic experience that combines the best elements of pure action and epic storytelling, all within the expansive MG universe The game introduces Raiden as the central character; a child soldier transformed into a half-man, half-machine cyborg ninja, equipped with a high-frequency katana blade and a soul fueled by revenge.

This game features stunning high definition graphics, hundreds of customizable building components, physics-based destruction, cinematic collisions, unlockable levels, in-game leaderboards, global rankings and more. ScreamRide is the home of limitless innovation. Push the boundaries of thrill seekers everywhere. Take on your perfect role to complete each level in multiple ways. Scream seekers can prove their precise piloting skills, engineers can solve cunning construction puzzles and demolition experts can ignite the most explosive carnage possible. The path you choose is up to you!

Metal Gear Rising is the first game from the critically-acclaimed franchise to become backward compatible on the Xbox One, and we hope other titles including the Metal Gear Solid 2 and 3 HD bundle are coming soon. Sound off in the comments if you're excited by these latest additions to the Backward Compatibility catalog.

I bought a new Surface with the Surface Plus program