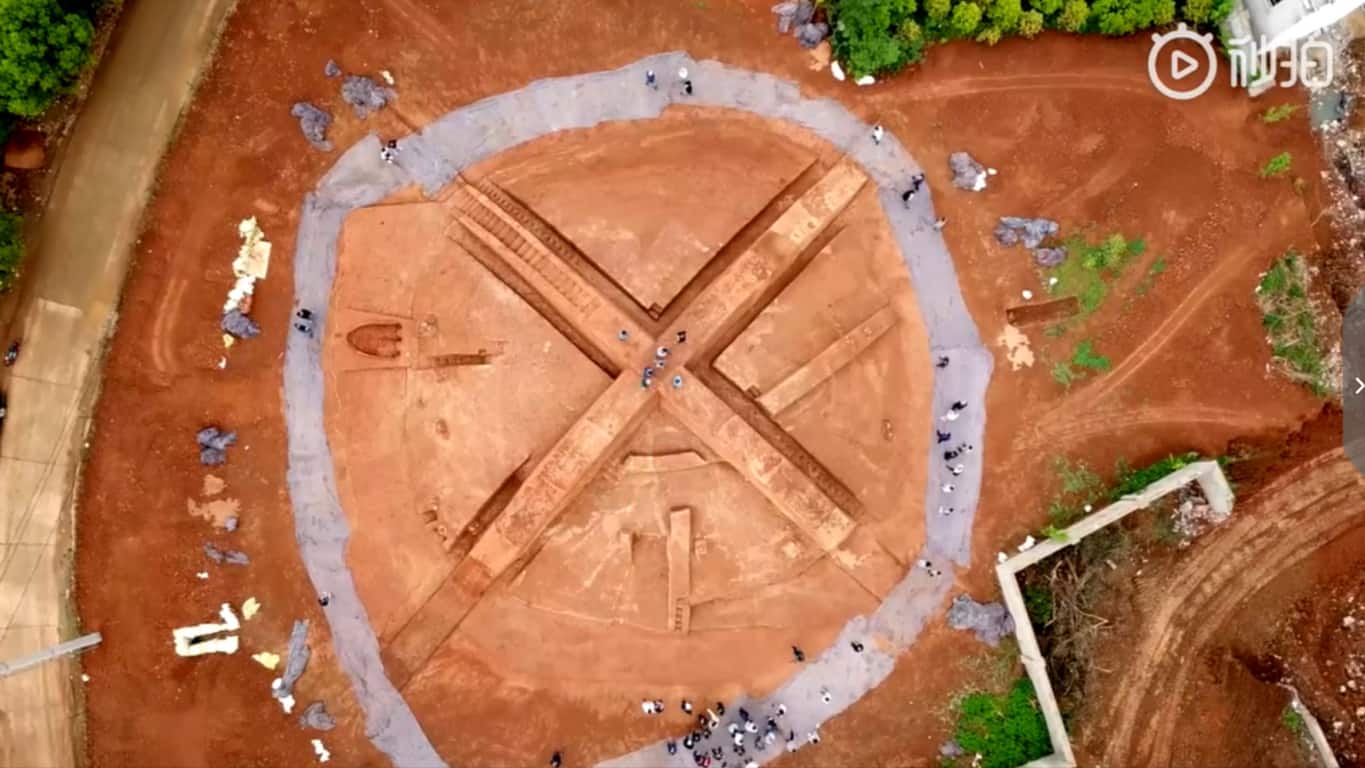 An image of a newly discovered Chinese tomb, which bears a remarkable resemblance to Microsoft's Xbox logo, was posted on Twitter by user, Xbao, earlier this week. The image quickly garnered a lot of attention from gamers and even received a response from the official Xbox account which jokingly replied, "Ah yes, that's the Xbox 220 BC."

While such an image could easily be faked, it appears to be authentic and is taken from a CCTV10 video on the Chinese social network, Weibo.

The official description for the video describes it as the unearthing of a mysterious pre-Qin dynasty tomb and the Chinese viewers in the comments also appear to have caught the similarities between it and the Xbox logo with some joking about it being a paid sponsorship.

Amusingly, the official Xbox China Weibo commented with just "….." which is currently the most-upvoted comment on the video.

Xbox One video game deals this week include Darksiders III, The Surge, and Dead Alliance