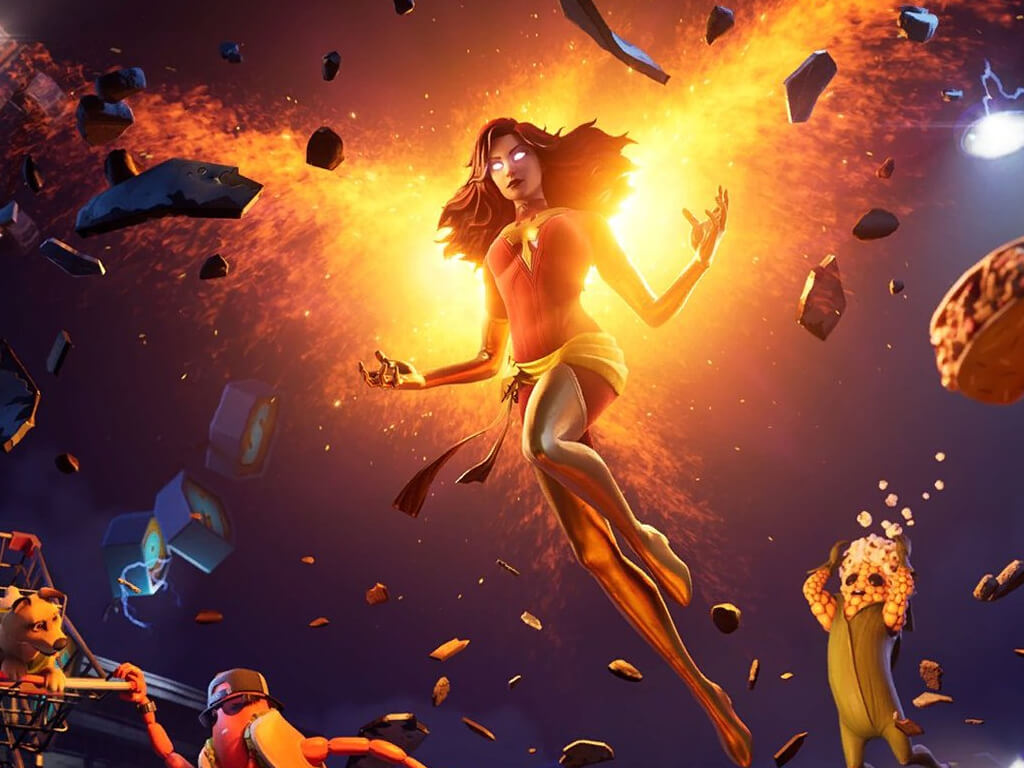 In a massive surprise to everyone, the iconic Dark Phoenix character from Marvel Comics’ X-Men franchise was just added to the popular Fortnite video game on Xbox One and Xbox Series X consoles, Windows PCs, and all other supported platforms.

This completely new Fortnite skin boasts the Dark Phoenix’s classic red and yellow outfit and comes with a fiery Phoenix back bling, a new loading screen (see top image,) and an emote. What’s rather cool is that the emote isn’t limited to the Dark Phoenix skin and can be used with any other character in the game.

You can see the Dark Phoenix emote in action in the video below.

It’s unclear why this new Marvel skin was added to Fortnite today but Disney is set to make several announcements and/or reveals regarding various Disney Plus Marvel series and films today for the company’s Disney Plus Day promotional campaign so it’s possible that something X-Men-related could be on the way soon. Only time will tell.

In other Fortnite news, skins based on the Naruto Shippuden anime series are expected to come to the game this month while some League of Legends content is available to buy right now.