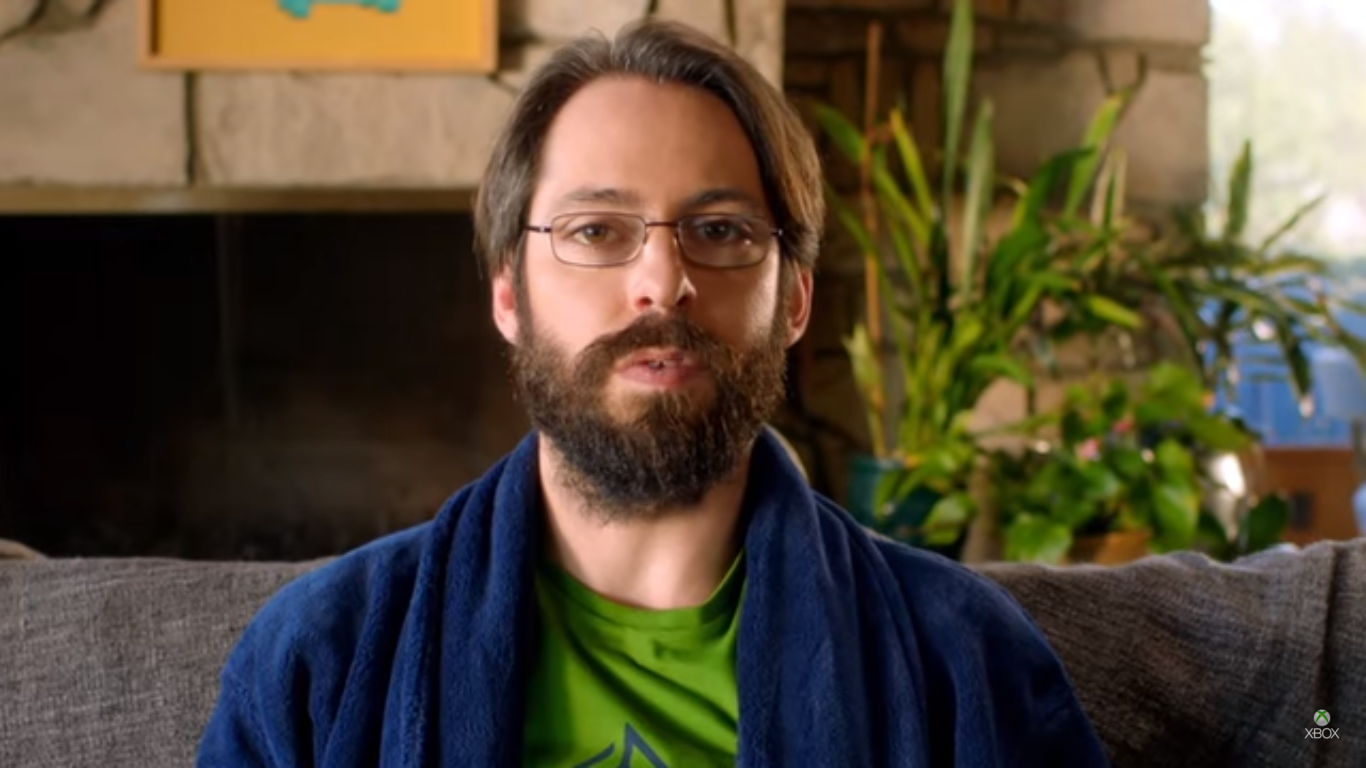 Martin Starr, the self-proclaimed "The Innovation Guy" is taking responsibility for backwards compatibility on the Xbox One that will debut tomorrow, November 12. Starr channels his character, Bertram Gilfoyle from HBO's comedy hit, Silicon Valley, to give you the 411 and take credit for Xbox One's backwards compatibility, and the ability to play any Xbox One games on a Windows 10 PC via Wi-Fi.

A lot of work went into Backward Compatibility. None of it was @MartinStarr's. https://t.co/7DrNStvzWBhttps://t.co/697ZMKuIyv

It looks like smart choice for Microsoft in introducing a unique way of showcasing their new features to a general audience. Some people might remember Martin Starr from his other hit TV show, Freaks and Geeks, or from the movies, including Super Bad, or Knocked Up. This might be a better way for Xbox to reach more people and show them that Xbox One might be a better choice for a console if they already have a Windows PC.
Backwards compatibility and cross-platform play over Wi-Fi are just two of the new features coming to Xbox One. Since Starr is claiming credit for backwards compatibility on Xbox One, I wonder what other Microsoft innovations he will claim credit for next.