So, after years of cloak and dagger secrecy, the company that has positioned itself as the Bigfoot of portable augmented reality has finally made a public appearance, and it seems the industry thus far has reacted with a collective shrug.

Earlier today, the company Magic Leap updated its homepage to show what its augmented reality headset will closely resemble during release.

The rig still looks like an awkward headset that will not be mistaken for anything other than an augmented or virtual reality kit. The promise of free-form AR experience is still out there and neither Magic Leap or Microsoft have found it just yet. 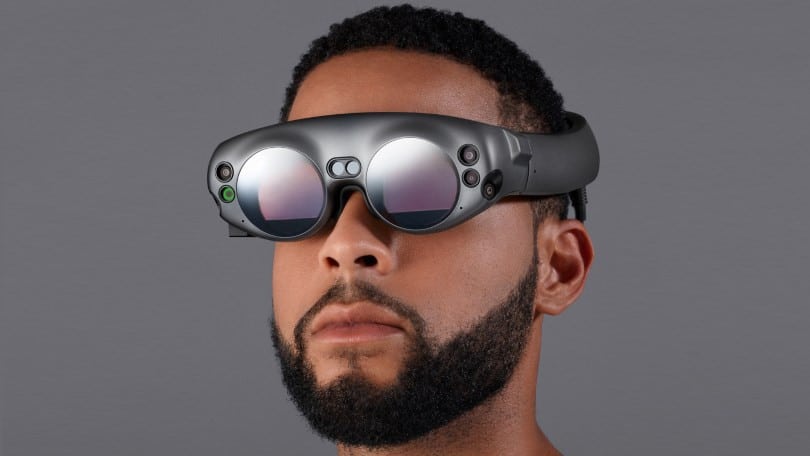 The Magic Leap One is a developer headset that consists of some still impressively slim goggles that attach to a Sony diskman size power pack via a cord and can be controlled with an oversized Apple TV remote type handheld.

Beyond the connecting hardware, the Magic Leap One will respond to several inputs including gestures, voice, head movement and eye tracking.

The diskman size attachment is called the Lightpack which houses the lion share of power need to run the Magic Leap One and includes a dedicated graphics card while the goggles also contain a separate processor, cameras and built-in speakers.

But let's get to the real reason why we report on Magic Leap here at OnMSFT, how does it compare to Microsoft's HoloLens? It's very similar. After rounds of funding and secret meetings, it's seeming like the Magic Leap One will follow a similar path as HoloLens as its hardware seems slightly more cumbersome but light field technology is rumored to impress.

While Magic Leap has slated a release of the Magic Leap One for sometime next year, the company remains relatively cagey about access to the product.

Our most recent information about Magic Leap comes from an exclusive given to writers at Rolling Stone. The writers give similar platitudes as other outlets that have been lucky enough to try it, claiming that the there is little to no latency and that the demos provided were spectacular.

However, it seems that Magic Leap One will suffer a similar limited field of view issue as Microsoft's HoloLens as the company's engineers look to miniaturize the technology to match its newly leaked image. The FOV is said to be larger than HoloLens but still limited according to a report from The Verge.

Once again, Magic Leap dribbles out its most pertinent information leaving fans to still wonder and speculate about pricing and availability. We'll just have to wait until sometime in 2018 when more public-facing developers get their hands on the SDK to truly compare Magic Leap One to the two-year-old HoloLens technology.

Interestingly enough, Microsoft is scheduled to release a revised version of its HoloLens with updated hardware, new AI-co-processor, and tweaked FOV.

Quick hands-on with Sets, the new feature (for some) in Windows 10 Insider build 17063