A few weeks ago we reported the public version of the Windows 10 Mobile Mail and Calendar app was updated to remove linked inboxes. The popular feature allowed users to view multiple inboxes all from the same screen, but it was removed due to a bug.
Linked Inboxes may be returning to the Mail and Calendar app soon, as Windows Central is reporting users have seen its reappearance in the Windows Insider program. Windows Phone owners running the Windows Insider build of Windows 10 Mobile are receiving an update to version 17.6430.42252. And with the new version users can once again link the inboxes of all their email accounts into a new unified inbox, allowing for a simple singular view of all your emails.
It was reported the app was pulled to crashing issues, but other users also noticed that after enabling linked inboxes, the swipe commands for email accounts became unreliable and could change. Hopefully, the Windows Insider version is being refined to fix any bugs, and rolls out in a general release in the near future. Though currently the feature is only available for Windows Insider running Windows 10 Mobile on phones that have been approved for the program. The Lumia 950/XL are not eligible for the program at this time unfortunately. 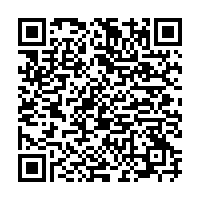