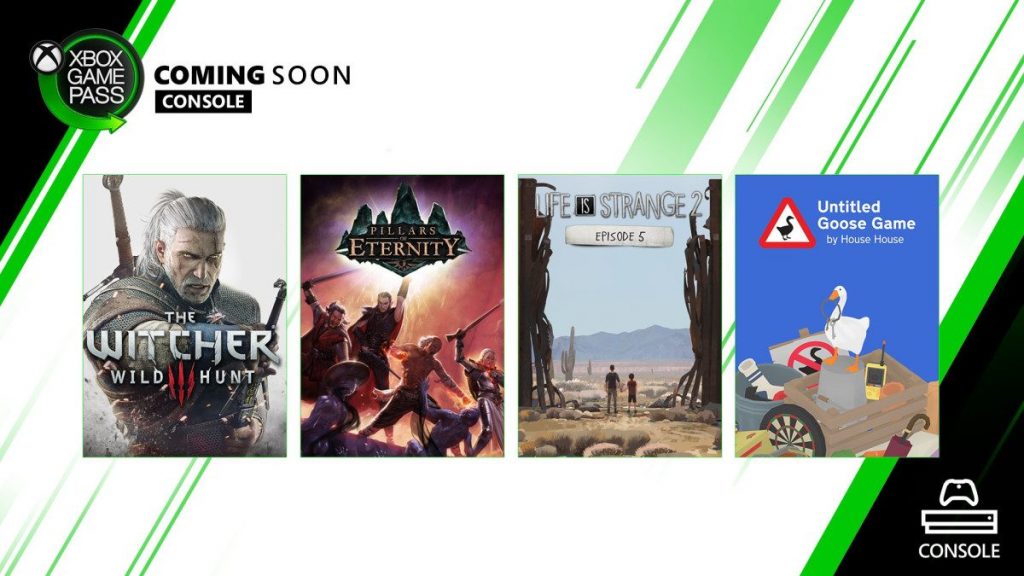 Microsoft is adding four new games to the Xbox Game Pass library for consoles this week. Available today is the Untitled Goose Game that was recently announced for Xbox One and PS4, so subscribers will be able to play it immediately without an additional purchase.

Also available on Thursday are a couple of role-playing games from 2015—The Witcher 3: Wild Hunt, an open-world RPG with enhanced visuals perfect for the Xbox One X, as well as Pillars of Eternity, a fantasy RPG from Paradox Interactive.

What do you think about these new games? Which one are you most excited for? Feel free to drop a comment down below.