Leaked screenshots show how Cortana could end up looking in Microsoft Teams - OnMSFT.com Skip to content
We're hedging our bets! You can now follow OnMSFT.com on Mastadon or Tumblr! 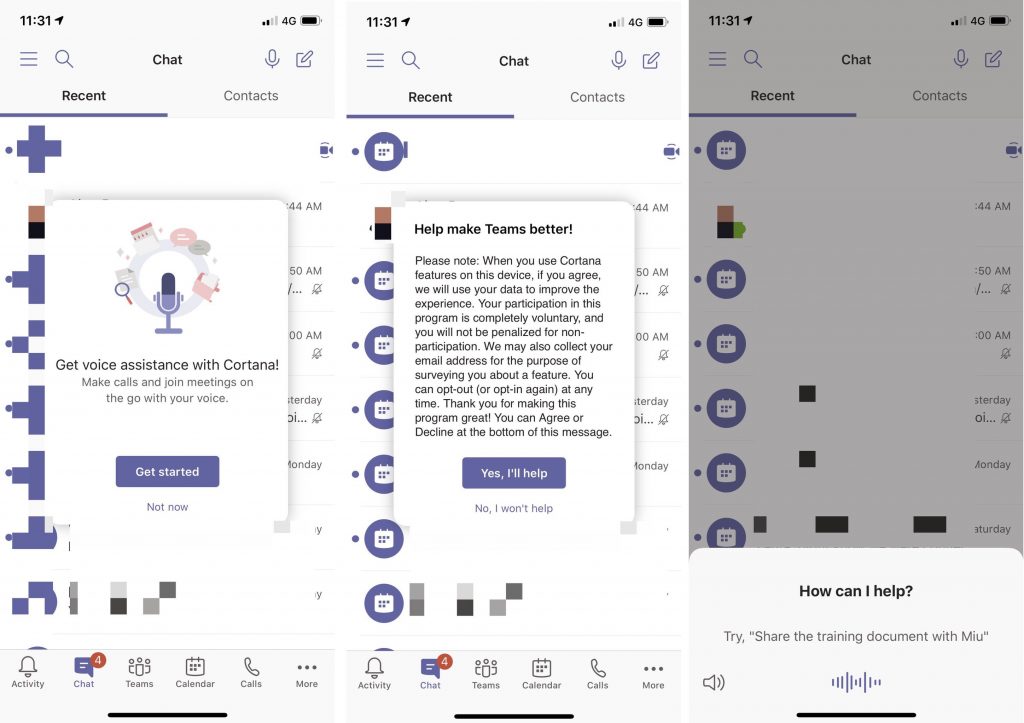 Decoupled from Windows as its own app and rebranded to more of a personal productivity assistant, Cortana hasn't really been in the spotlight, even at Microsoft's Build conference. Some leaked screenshots, though, are showing that the digital assistant might soon be making a new journey over to Microsoft's Teams app on iOS.

As noted by @wbpluto on Twitter, it looks as though Cortana might become a business digital assistant for the Microsoft 365 services, which includes Teams and Outlook. From her Tweet, we get a peek at how Cortana might be integrated into Teams on Apple's iPhones. The assistant is still referred to as "Cortana" by name, and can apparently be used to "make call and join meetings on the go with your voice." The screenshot also shows how Cortana can be used in a scenario to share documents, too.

This would fall in line with previous rumors from Microsoft reporter Brad Sams, who suggested a Microsoft has recently been referring to Cortana as the “Microsoft 365 assistant” internally. After all, Cortana already has a place in Outlook on iOS and can be used to read aloud emails.

The news is still quite interesting, nonetheless, as in an interview with PC World, Andrew Shuman, corporate vice president of Cortana, detailed a bit more of the digital assistant's productivity shift. Apparently, Microsoft seems to want to put Cortana where people use it for their personal productivity, especially on Windows. According to Shuman:

Shuman also tells PC World that the Coronavirus has held up some progress on Cortana and caused it to not show up at Build. Additionally, he says that the "Windows 10 May 2020 release itself was in flux" as a reason for Cortana not being at the conference. There were also other issues with the company's testing labs being shut down, but Microsoft is still shifting the focus to developers while it can. The “end-user” stories where Cortana can show off future skills, will still come later, per Shuman.