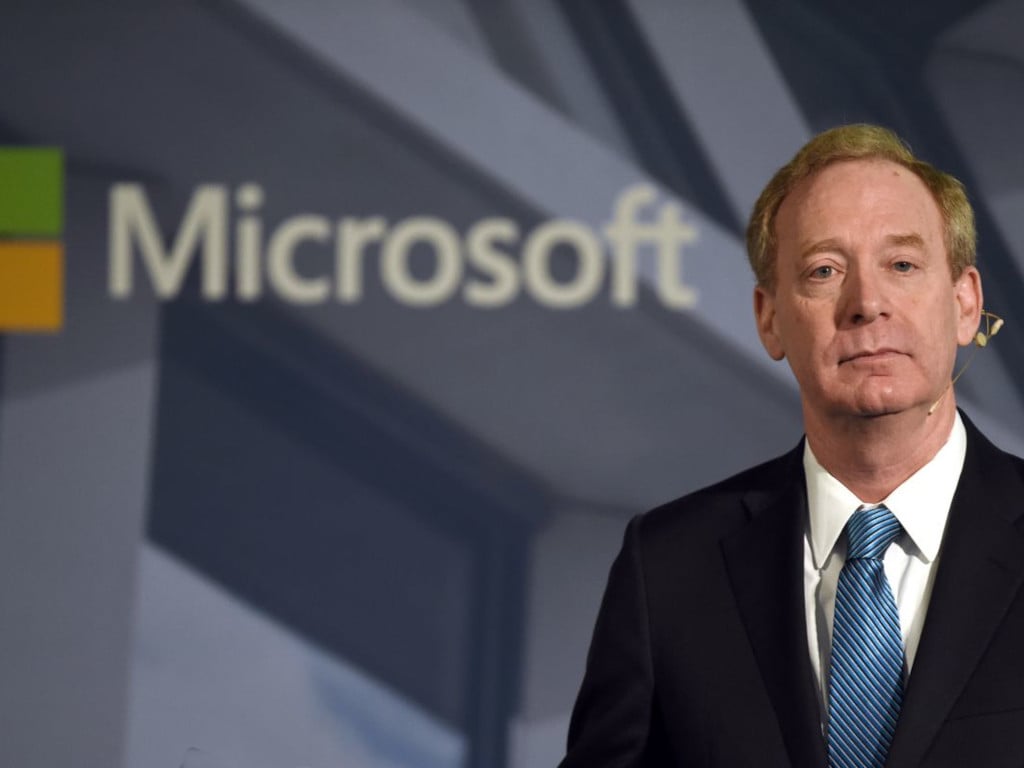 It has now been roughly a week since Microsoft President Brad Smith put the ol' proverbial foot-into-mouth when defending, off the cuff, the company's continued contributions to congresspeople and senators in light of the recent anarchy at the capital.

Last Friday, CNBC ran a story with a leaked transcript during an employee meeting in which Smith is on record explaining why the company's Political Action Committee continues to help "finance the campaigns of Congress members who supported Donald Trump's unfounded claims of fraud in the 2020 presidential election."

Presumably, the funds and dispersal methods are pretty automatic at this point as companies such as Microsoft, Amazon, Google, Facebook, IBM, and Tesla routinely cut checks to both political parties hedging their lobbying efforts against the ebb and flow of national and international political power.

However, rhetoric and actions in the US over the last two months have been more divisive than in past situations, all culminating in the unfortunate Jan 6, 2021, governmental insurrection attempt by rioters echoing sentiments from members of the Republican party. On its face, it just an unfortunate amalgamation of uncontrollable events from routine beneficiaries of Microsoft's lobbying dollars, however, it was soon pointed out that not only was the company continuing to cut checks to would-be supports of insurrection but that it was one of the largest contributors to an effort to subvert a democratic process.

1. @Microsoft is one of the largest contributors to the members of Congress who tried to subvert the Democratic process

Microsoft has made NO COMMITMENTS to stop funding this group

At a company meeting on Thursday, Prez Brad Smith explained why.

And it's pretty appalling

Journalist Judd Legum continues a rather informative Twitter thread where further details of Microsoft's recent lobbying efforts are laid to bare. The details in Legum's thread include the list of companies who have halted donations in the wake of the Jan 6th Capital Riot, to which Microsoft was not on the list, as well as specific amounts to specific Senators who were the most outspoken against validating the Electoral College votes for then-President-Elect Joe Biden.

Perhaps, in an attempt to mitigate the amount of bad press Microsoft was receiving in regards to a routine practice rocked by less than routine circumstances, corporate vice president of communications Frank Shaw hopped online and batted responses with further clarification and context to the negatively evolving story for the company. Unfortunately, some of Shaw's responses were met with contradictory facts that boxed Microsoft into an escalating PR nightmare.

@Microsoft would like you to know that it mailed Hawley’s check a few days before Hawley received it.

It has not ruled out future contributions to Hawley. Nor has it asked for a refund, which is what @Hallmark did https://t.co/b4u3fYn0bS

While Microsoft may have issued the check to Hawley before he publicly committed to insurrection, it's been well documented that Hawley has been long against many of the company's corporate values that include LGBT rights, immigration, and climate change. The fact that Microsoft issued funds to Hawley, as well as other members of Congress and the Senate who share the same values and positions as he does, is what's led to investors and employees who contribute to MSPAC to ask for a re-evaluation of how and where their money is being donated.

On Jan. 13 one Microsoft employee, Carmen Crincoli, called for the company to stop supporting members of Congress who voted against the Electoral College results, and to stop giving money directly to elected officials and candidates. He said if the company couldn’t do those things, it should close down MSPAC and ask that employees get involved with politics individually.

Once the dust from the tumultuous weekend had subsided, Shaw once again emerged with a more definitive piece of communication for worried MSPAC members and scrutinizing observers. Shaw's new post echoes what many of the other stalwarts in the industry has been promoting as of late.

Microsoft confirmed publicly today, as it announced internally on Jan. 8, that it has halted all donations of its PAC while it reviews whether to suspend further donations to individuals who voted against certification of the Electoral College. The company added that it will announce its decision by Feb. 15 after completing discussions with its employees. As Microsoft executives have said internally to employees, this is not a normal year. The company believes that opposition to the Electoral College undermined American democracy and should have consequences.

In addition, Shaw also posted the full transcript of Smith's remarks on PACs for full transparency and context, which can be found here.

With just a little over two weeks to meet its own imposed deadline, Microsoft will have a lot to consider going forward, especially as continued investigative reporting surfaces new facts and evidence surrounding the actions taken by rioters, members of congress, and the Senate on Jan 6th and before. Regardless of this one-time outcome, many in the public sector on both sides of the political spectrum have been rallying to ideally take money out of politics. Given the current climate of molasse in the consumer-friendly legislation, it might be nice if companies such as AT&T, Verizon, or Amazon had to adhere to the same standards as local businesses or the sum total of their individual employees.