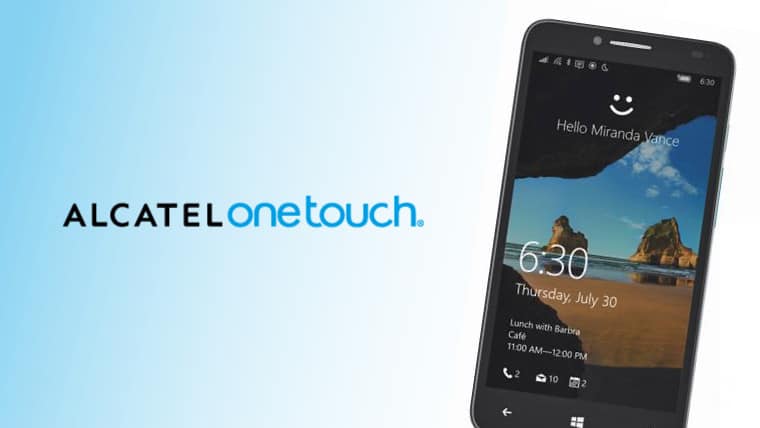 While Windows 10 Mobile has yet to be released on older Lumias (it has been reported that the OS will finally be released this month), users who want to try the new OS currently have two choices: either join the Windows Insider program or buy a new Windows 10 Mobile device from Microsoft or its OEM partners. However, as Microsoft has scaled down its mobile efforts with its fifth generation of Lumia handsets, we're glad to see third-party OEMs stepping up to release interesting Windows 10 mobile devices on the market.

Like Acer, VAIO, and HP, Alcatel One Touch is another OEM believing in Windows 10 Mobile and the manufacturer has already released the OneTouch Fierce XL, a large-sized budget phablet with a 5.5-inch HD display for T-Mobile customers. But that's not all, as we already reported that the OEM was rumored to be working on the Idol Pro 4, a Windows 10 Mobile “superphone” with high-end specs including a Qualcomm Snapdragon 820 and a Full HD display.

However, we just saw on Windows Central a new report (via NokiaPowerUser) that gives us more details on the specs of the high-end phone. Please find the latest rumored specs below:

The report also claims that the Idol Pro 4 will ship with "Redstone," the next big update to Windows 10 Mobile (and Windows 10) slated for release sometime in 2016 that Windows Insiders can already beta-test if they choose the Insider Fast ring. The reports also added that thanks to this Redstone update, the Idol Pro 4 would be able to use "enhanced" Continuum features, but no further details were revealed.

As always, take these latest rumors with a grain of salt as Alcatel One Touch has not confirmed anything yet. However, we may get a glimpse of these rumored enhanced Continuum features in the upcoming Windows 10 Mobile Redstone builds. Please tell us in the comments if these rumored Idol Pro 4 specs make you excited.