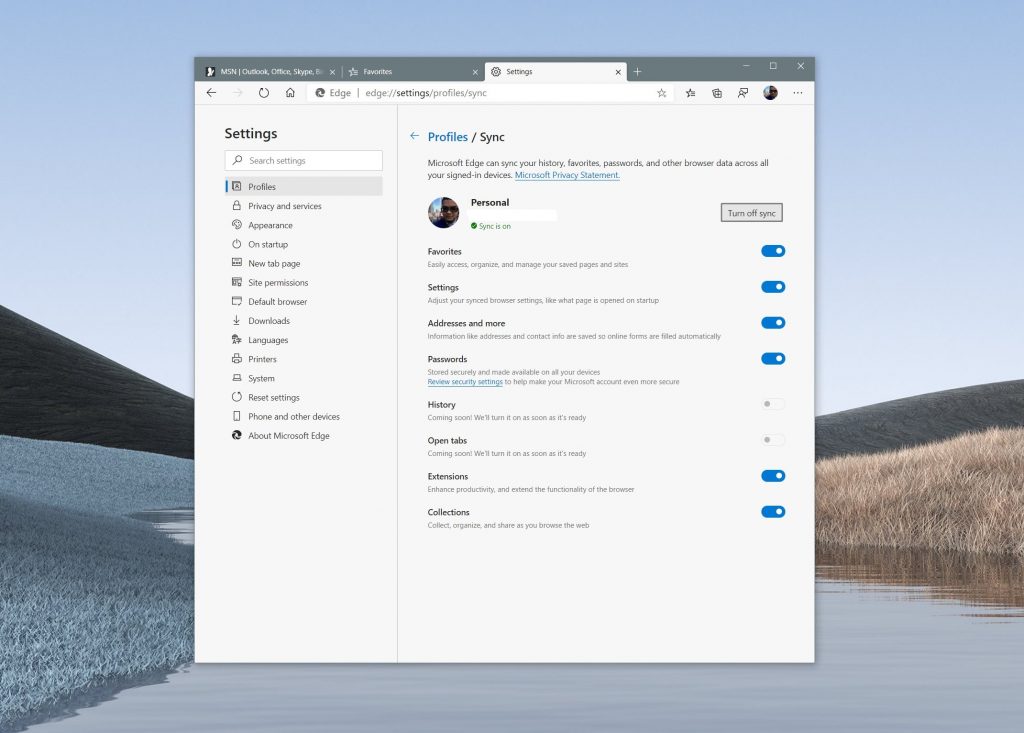 When Microsoft launched its new Edge browser extension syncing was one of its many missing features. Every time a new instance of Edge was set up on a new device, users had to manually install their extensions one by one. Microsoft appeared to be A/B testing the extension sync feature in a previous Edge Canary release, but today it looks to be rolling out to a wider audience in a version 82.451.0 update for Edge Canary insiders as well as version 82.0.446.0 update for Edge Dev Insiders.

Just as before, if the extension syncing is available for you, a pop-up appears on the screen under the address bar after the version 82 update. It will alert you that you can now sync your extensions across your signed-in devices. Additionally, visiting the sync settings menu also will showcase the new option to sync extensions via a blue toggle switch.

In addition to the extension sync feature, this Edge Canary release, and version 82.0.446.0 of Edge Dev also appears to enable syncing of Collections across other devices, too. Other sync options like history and open tabs are still not available, but we hope that Microsoft will add them soon. Do you think you will find the extensions sync feature useful? Let us know in the comments below.

NASCAR Heat 4, Verdun, and Overwatch are free to play with Xbox Live Gold this weekend