Roughly a year after it first hit the experimental scene of the Microsoft garage for all Windows users to try, Journal, is now an official Microsoft product, appropriately called Microsoft Journal. Just like always, the newly named app promises to be a more personal freeform note taking experience that puts your personal inking and your stylus first.

The news of the graduation to an official Microsoft product was first announced in a blog post by Renee Malone, who is a lead technical instructional designer at Microsoft. In the post, Malone explains that the new Journal release is coming out between April 5 and 8, and available through the Microsoft Store. This latest release also brings a design based on Windows 11 and new colors and materials. This builds on existing features that lets you scratch phrases out to erase them off the page with a pen, or even circle words to select them in the text.

Interestingly enough, Microsoft shared in today’s announcement some stats behind the app. Since the app first launched, a lot of people have been using the app for inking on PDFs or importing from PDF format. Data shows that 41% of pages in the app were a blank canvas, and 59% were PDFs.

Being a full-on Microsoft product means that Microsoft Journal will now get some bigger updates moving forward. Oz Solomon, the principal engineering manager of the Journal team, mentioned that being a supported app means that the team can address common requests and “a big backlog of new features.”

If you didn’t already try it, check out Microsoft Journal now via the link below. And, check out our hands-on in an older episode of OnPodcast. 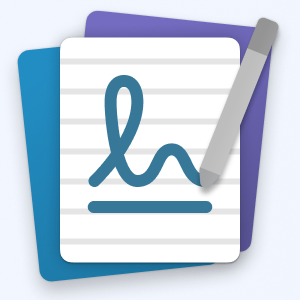