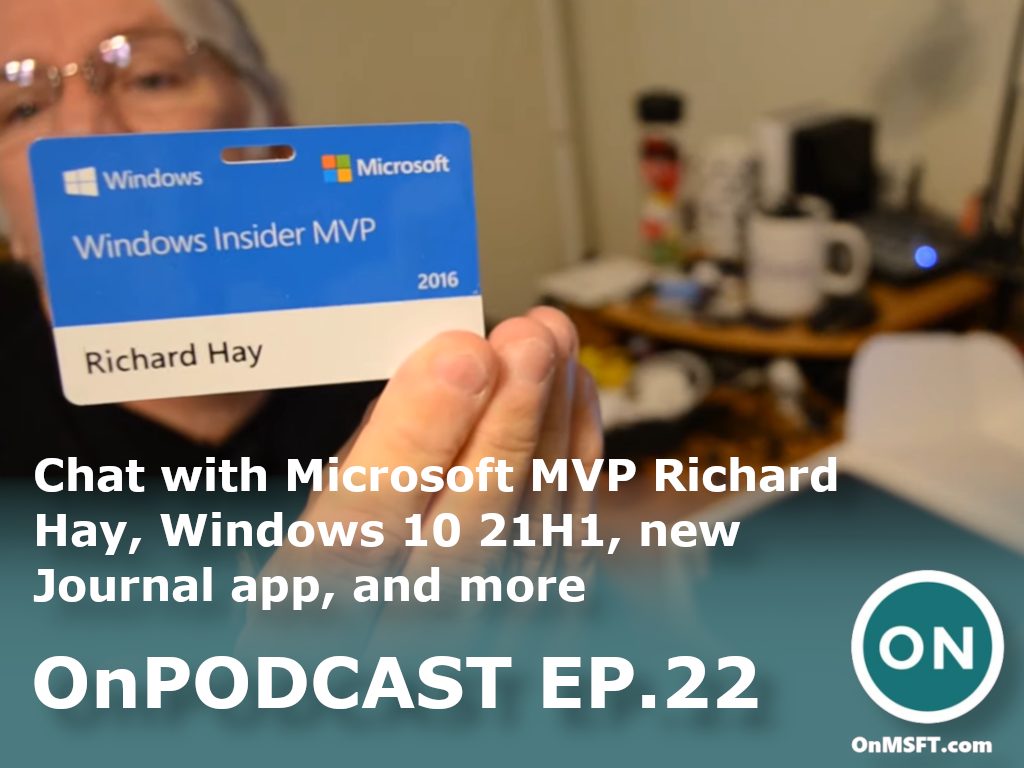 Hello, everyone, and welcome to the 22nd episode of OnPodcast: The OnMSFT.com Podcast. This is our weekly podcast series featuring our contributing writers, Kareem Anderson and Arif Bacchus.

This week, we had a very special guest --- Microsoft MVP Richard Hay. Arif and Kareem chatted with Hay about all things Microsoft, his love for space, his faith, and a lot more. Arif and Kareem also got into the latest version of Windows 10, looked over Microsoft's newest journal app, and more.

As usual, there's the Week Ahead segment too. This week, we looked ahead to some of the things we're planning at OnMSFT next week. Arif will be reviewing a cool stand for Surface tablets, as well as an app that helps you convert YouTube videos to MP4 files. Kareem also joined in to recap some of the Xbox news from this week. 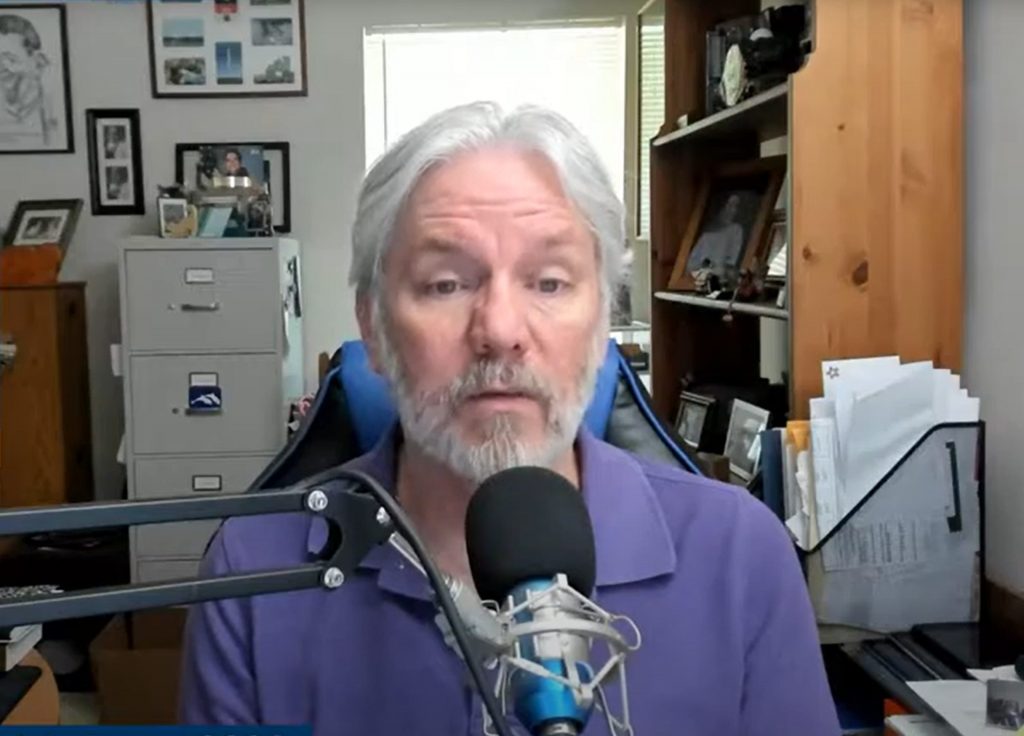 First up was our chat with Microsoft MVP Richard Hay. A well-known figure in the Windows and Microsoft Community, Richard was recognized by Microsoft as an MVP in 2010. Since then, he's been renewed in that award category every year for ten consecutive awards. Richard also hosts the Faith, Tech, and Space Podcast, and previously hosted the Observed Tech Podcast, which ended its run in 2019. 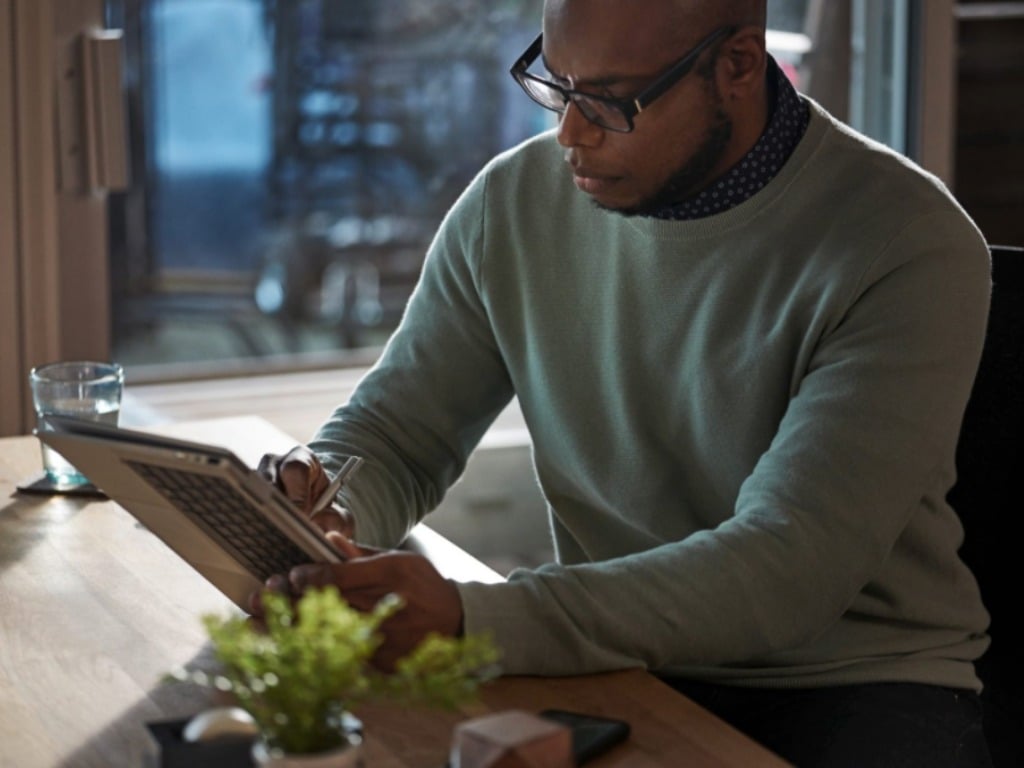 Next in the OnPodcast was a chat about Windows 10 21H1 Update, the latest version of Windows. Arif and Kareem talked about what's new in this version of Windows, when you can expect it to download on your PC, and how you can try it early. They also looked at how it could be setting the stage for the Windows 10 Sun Valley Update rumored for later this year. 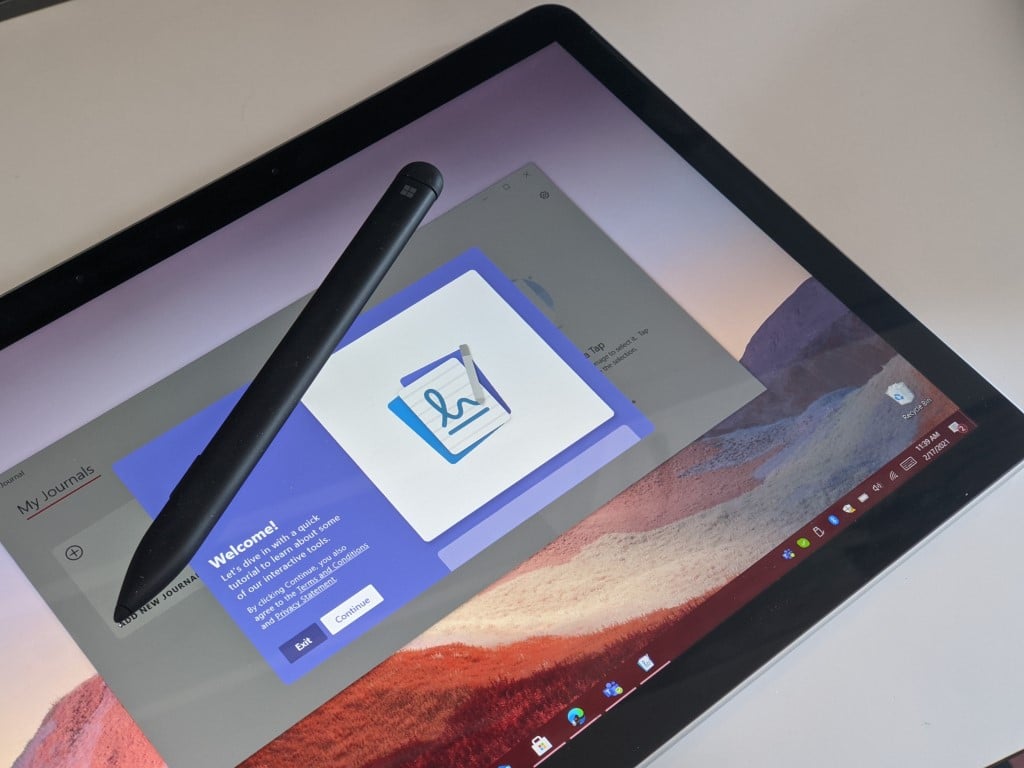 In the final segment, Arif and Kareem looked at Journal, a new inking app from Microsoft. The two compare it to OneNote, Whiteboard, and other inking apps and mention why it's worth downloading and how it's different. There was also a quick demo of the app in action, too.

To end the OnPodcast, there's the usual Week Ahead Segment. In Week Ahead, Arif looked ahead to some of the things he's reviewing for OnMSFT this week. That includes a cool stand for Surface tablets, as well as an app that helps you convert YouTube videos to MP4 files. Kareem also joined in to recap some of the Xbox news from this week.