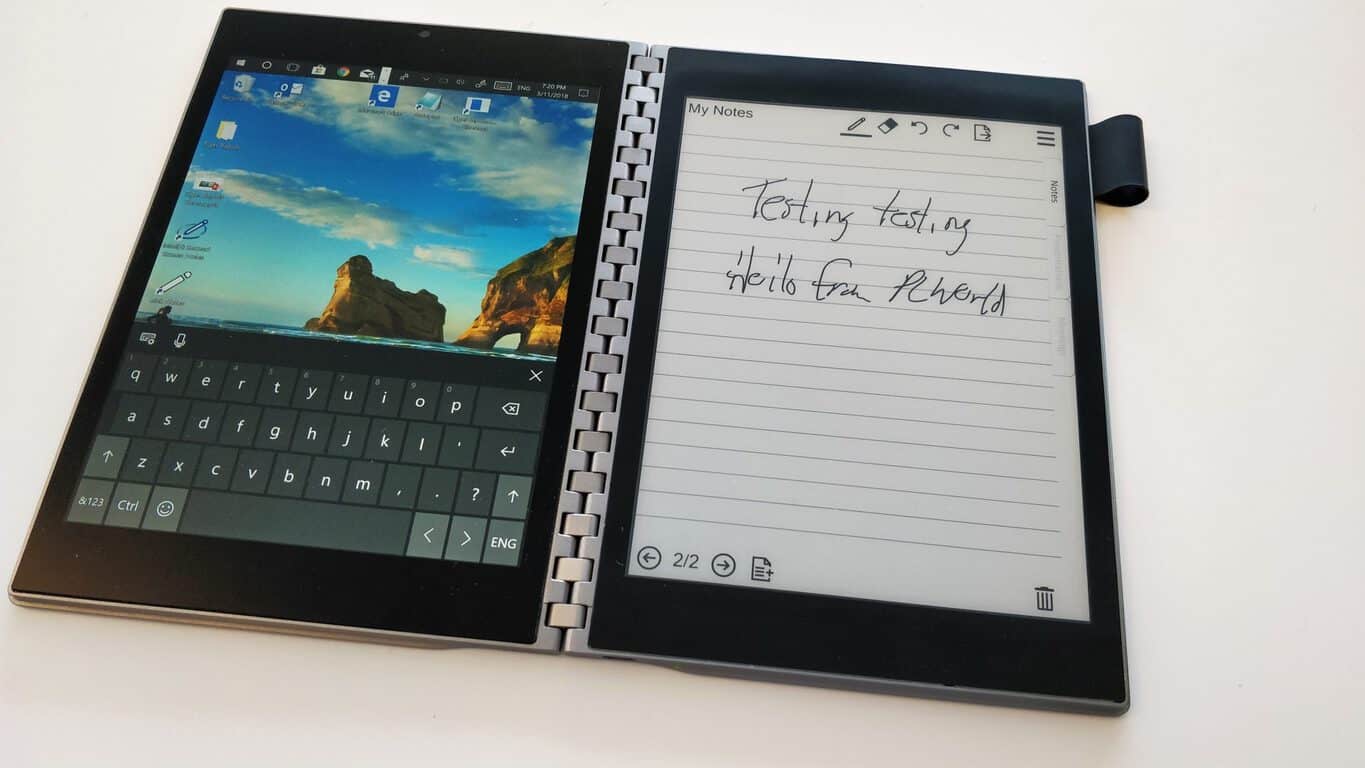 We already know that Microsoft is working on a folding device codenamed Andromeda, but it looks as though Intel is in on that game too. According to a report from PC World (via The Verge), Intel is prototyping folding PCs which other OEMs have been using for inspiration for devices of their own.

The first of the folding prototype devices (seen in featured image above) is codenamed "Tiger Rapids" and has an electronic paper display on the right side and a 7.9-inch LCD display on the left side. This side of the device is powered by Intel's Kaby Lake processor, an SSD and has WiFi and an unknown amount of RAM. Of course, there's also a hinge in between the two sides, which allows for the screen to close flat. And for connectivity, there is a single USB C port, with Intel saying that the device can get 13-15 hours of battery life.

A second unnamed prototype device (but being called the AI-based PC) showcased by Intel is more like a traditional PC, but with a dual screen. It can be used in both the left/right orientation or the top/bottom orientation, with the UI expanding across both screens for a giant display feel. It also can fold back into a tent mode (like Lenovo's Yoga Book) with the bottom half being used as a glass keyboard if necessary. You can see a use case in the image below, where an Excel spreadsheet expands across to both displays for more room to work in a compact workspace.

For now, both of these devices are just concepts with Intel providing the design to select partners. The company was working on the devices since 2015 and says they won't bring the devices to market themselves. It's not to put anything to shame though, as ASUS's Precog laptop and Lenovo's Yoga Book 2 are all clearly inspired by Intel's design.

Windows 10 April 2018 Update gets an update, another to come next week