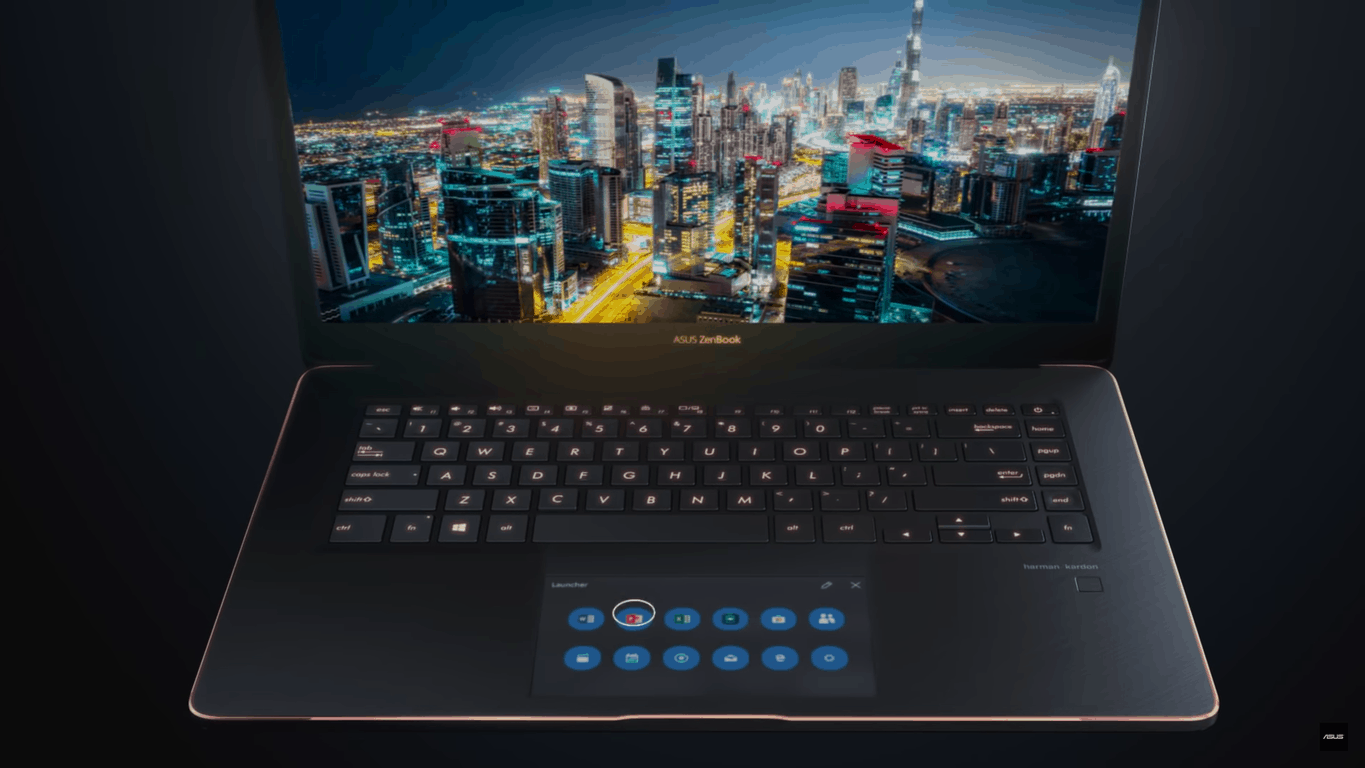 Computex 2018 is officially underway in Taipei, and we're now seeing Microsoft's OEMs reveal their newest Windows 10 devices for 2018. One of the most exciting reveals of the week happens to be from ASUS, which showed off both a new Zenbook Pro 15 which has a second screen in place of the touchpad and also a dual-screen Precog laptop.

The second screen (called "ScreenPad") on the Zenbook Pro 15 draws many comparisons to the touchpad bar on Apple's MacBook Pro series. Though not the same thing, it comes in at 5.5 inches in size and is FHD resolution. This means the ScreenPad can adapt to what you're doing to help you multitask, with the F6 key being used to use the ScreenPad as a second screen, or for adaptive menus and the standard touchpad mode.

Other specs for the Zenbook Pro 15 can be seen below. The device is set to become available globally starting July of 2018.

As if the Zenbook 15 wasn't enough, Asus also revealed their dual-screen AI Precog laptop. This device is just a concept for now but ditches the keyboard in favor of a touchscreen and an AI-powered system which can predict how you'll use the laptop. Like other devices, it also can fold into four modes, with the AI predicting when you'll need a virtual keyboard and mouse on the lower display. ASUS device will also support a stylus, with the tech on board being able to detect when it is nearby to switch into drawing mode.

See it in action below, starting at the 5:44 mark.