Intel has released a new app for Windows 10, titled Intel Graphics Command Center, to allow users to adjust the image settings for the various games and apps that they may have on their systems (via Windows Central). Many users with Intel-powered computers are likely already familiar with the Intel Graphics Control Center, however the new app brings most of its features in a more aesthetically appealing and intuitive interface.

One of the new features that Intel highlights on the store listing is the help option, which is said to “simplify” the “confusing ‘tongue twister’ features like tessellation and anisotropic filtering.” The company has also implemented a blur effect to the UI, giving it a somewhat of a Fluent-influenced design aspect.

As far as its feature set goes, users can optimize settings for games and videos, and make adjustments to their display configurations. It definitely serves as an easy way to make such, especially considering the limited options available from within Windows 10's own Settings app.

Intel promises to provide continued updates to the app and will introduce “more features and functions in later phases and will keep the improvements coming.” For now, anyone with a PC running Windows 10 version 1709 or newer and an 6th generation or newer Intel CPU should be able to install the app straight from the Microsoft Store. 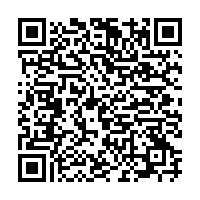