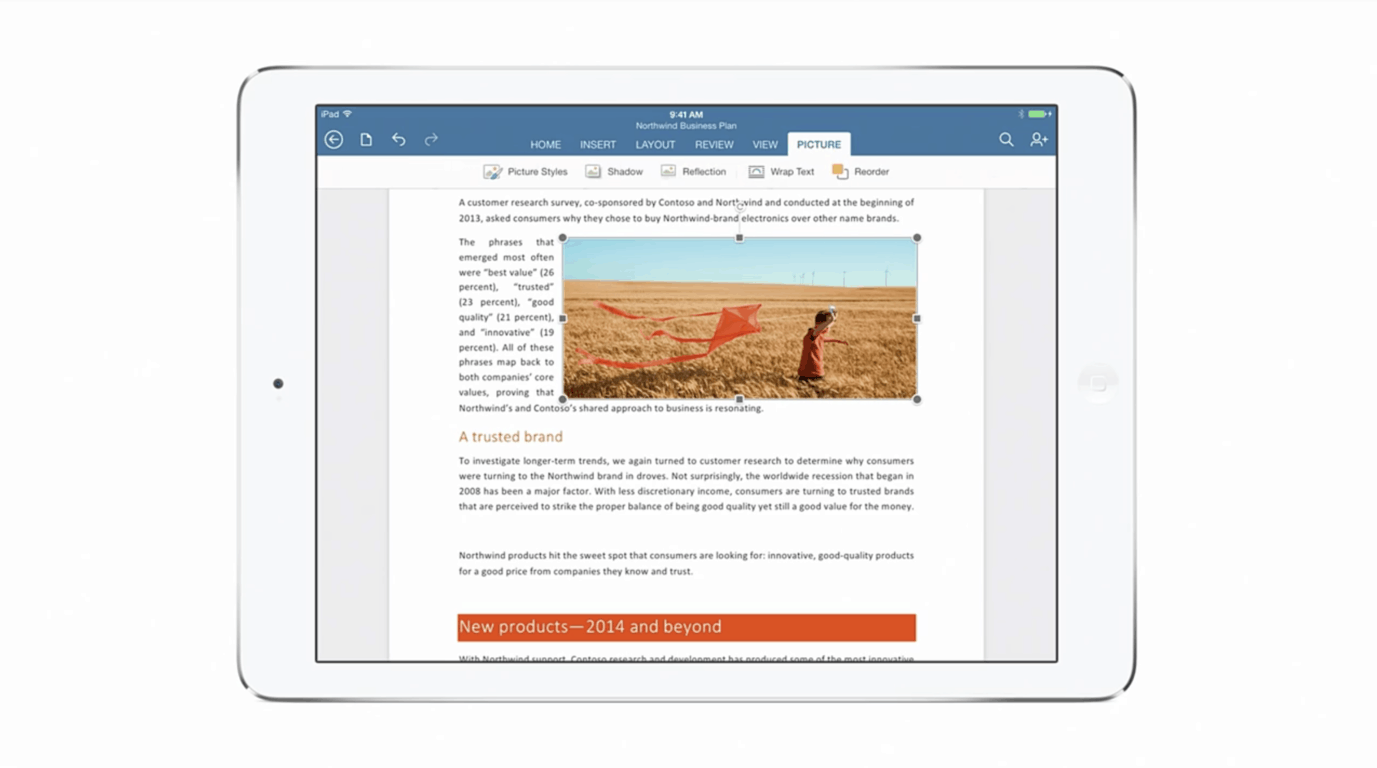 Microsoft announced this week that its Learning Tools for students are coming soon to Word on iPad. The company shared the news on its Education blog, after highlighting a new research study from RTI International‘s Center for Evaluation & Study of Educational Equity showing the positive impact its Learning Tools can have in the classroom.

Learning Tools include Microsoft's Immersive Reader capabilities, including a feature that can read aloud content to users in Office apps including OneNote. If you already installed the Fall Creators Update on your PC, this Read Aloud capability is now built-in in Microsoft Edge and works with any web page or PDF file. The functionality is now available in Word on iPad, with many other Immersive Reader features coming later in November:

The Read Aloud capability, which can read words aloud while highlighting them in tandem, is now available in all views via the command in the Review tab, or from the Learning Tools tab. This capability leverages Word’s new Mobile View, now available on iPad, to provide a canvas that supports changing page color, adjusting the line length, and a feature called Text Spacing, which increases the spacing between characters, words and lines. Word also provides broader support for individuals with dyslexia, dysgraphia, ADHD, or emerging readers through Learning Tools.

Microsoft notes that Read Aloud in Word for iPad will works will all languages supported on the installed version of iOS (that's 27 languages in iOS 11). You can download Word on your iPad from the link below.

Consumer Reports decision to not recommend Surface hardware is "still in effect," no exception for Surface Book 2