Images leak showing a prototype “Lumia 960,” the canceled successor to the Lumia 950

Despite the announcement of the Windows 10 Fall Creators update for PCs, Microsoft has not said much about its plans for Windows 10 Mobile over the past few months. The company has obviously temporarily retreated from mobile phone hardware, and many Windows Phone fans who still hold true to Microsoft’s mobile platform have instead had to fill their satisfaction with headsets from third party OEM’s, including HP’s Elite x3, Alcatel’s Idol 4S. New image leaks showing a prototype Lumia 960, though, give a glimpse of what could have been a much more premium looking  successor to Microsoft’s flagship Lumia 950 Windows Phone (via Windows Central) 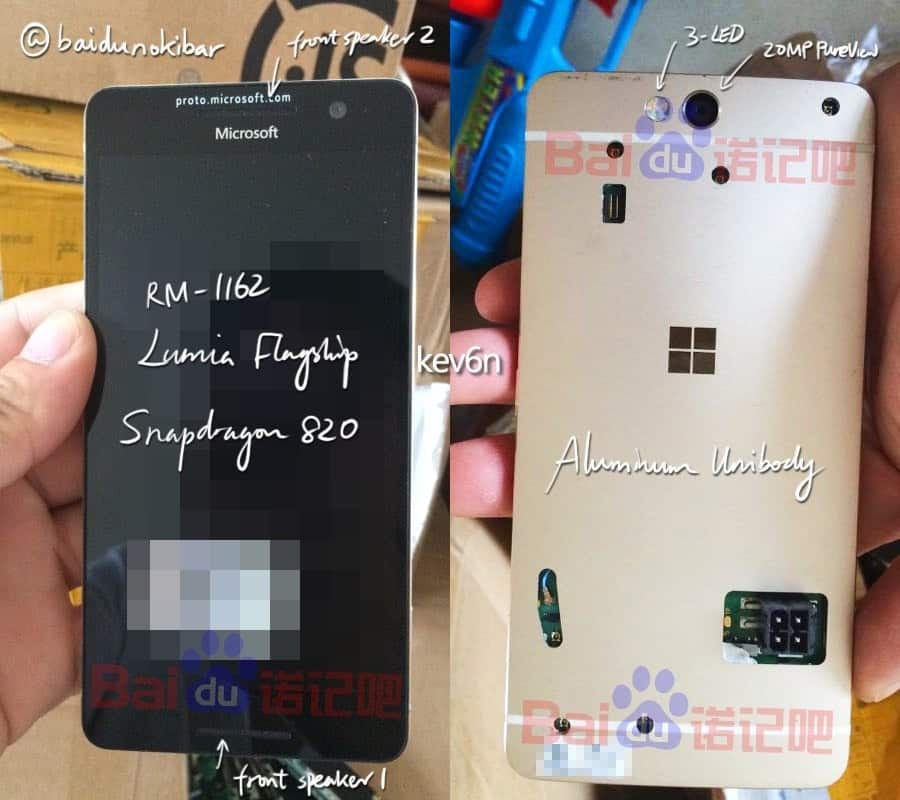 Originally posted here on the Chinese Website Baidu, the image of the supposed prototype Lumia 960 shows off a device which is very similar to the Lumia 950, except with an aluminum unibody design and dual front-facing speakers. Reports also indicate that the prototype Lumia 960 device features a Snapdragon 820 and a QHD screen. The device is also supposedly still being used internally as an engineering prototype for Windows 10 Mobile and is referred to as Northstar, and not Lumia 960.

What are your thoughts on this device? Given the premium look, do you think you would have purchased the device if it had ever come to life, or would you have settled for another premium iOS or Android device? Let us know in the comments below.