Microsoft continues partnership with the PGA Tour using UWP apps, Windows 10, and the cloud - OnMSFT.com Skip to content
We're hedging our bets! You can now follow OnMSFT.com on Mastadon or Tumblr! 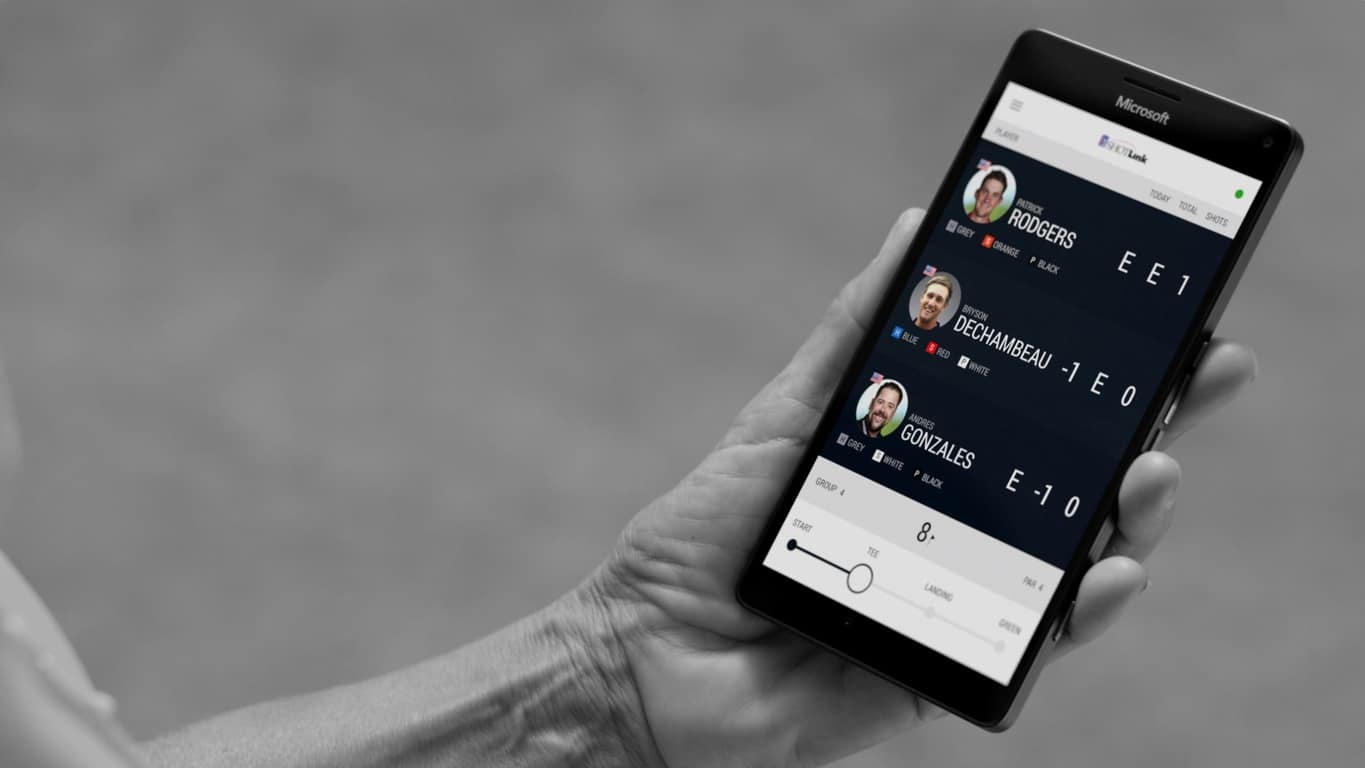 Last November, Microsoft entered into a three-year technology partnership with the PGA Tour to integrate Microsoft Technology such as Windows 10, Microsoft Cloud and Office 365 to enhance Tour operations and fan engagement. Since then, the world’s premier professional golf association says it has deployed Windows 10 to over 800 devices across its organization, with a goal of 1,300 by the end of the summer.

However, the PGA Tour plans to continue to leverage Microsoft technologies to "change the way that they bring tournament insights to staff and golf fans everywhere" by building four universal Windows 10 applications that run on Surface Pro 4 and Lumia 950 devices.

In partnership with Microsoft and SMT Jacksonville, the PGA Tour has developed three apps targeted at the more than 300 volunteers at each Tour event that are used to help drive the ShotLink Scoring System powered by CDW. By migrating the new apps, PGA Tour SVP and Chief Information Officer Steve Evans believes that "the PGA Tour will have intuitive, secure and easy to use devices that allow our volunteers to track every shot and deliver accurate and timely data to our backend systems.”

Additionally, Microsoft and the PGA Tour are currently beta-testing two other apps targeted at attendees and instructors respectively:

Over the coming months, the PGA Tour plans to continue to integrate Microsoft technology into its organization to enable new use cases. PGA Tour SVP and CIO Evans shared:

“Fans want to be able to see each drive, approach shot and putt in real-time and compare tournaments. Technology plays a key role in making that a reality across any digital device, but using modern day technology doesn’t stop with us providing interesting and fun user experiences. It’s also about using technology like Windows 10 to drive PGA TOUR operations to deliver a better experience for our employees, our players and our fans around the world.”

Do you think this partnership between Microsoft and the PGA Tour will help to showcase the power of both Microsoft services and the Universal Windows 10 platform? Please tell us what you think in the comments.

Microsoft discounts some Surface Pro 4 models up to $150 off