iFixit tears down the Xbox Series X – it’s modular, but not as repairable 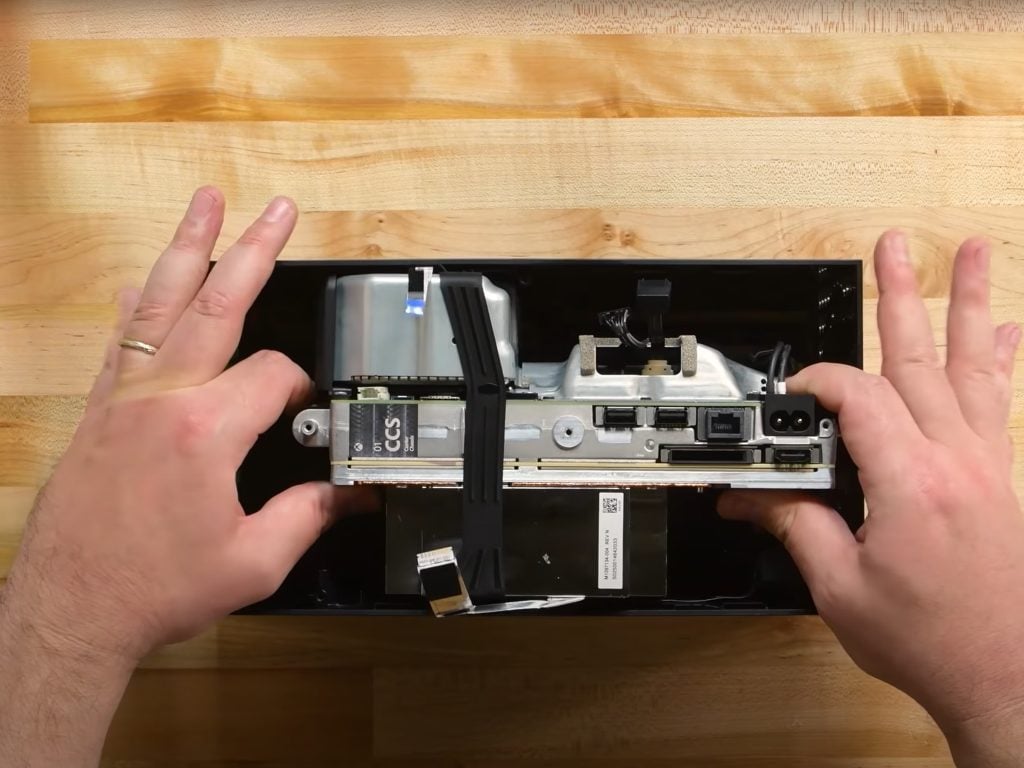 A lot of attention has been turned to blowing vape smoke into, and falsely levitating ping pong balls over Microsoft’s new Xbox Series X, but repair website iFixit has something much better for curious minds — a teardown. Indeed, iFixIt recently disassembled the next-gen Microsoft console, finding that it is modular, but not as repairable.

In the four and a half minute long video, the repair website digs into the console, inside and out, top and bottom. They begin by opening the case and then removing the optical drive, which isn’t a hard process once removing screws and prying off the back cover. Unfortunately, though, there, it is discovered that the optical drive is the same as the previous generation console. Once the drive is removed it becomes locked to the system, making repairs difficult without desoldering a control board.

Elsewhere, the video shows the removal process of the Series X fan, which slides out from its module on the left side. Once out of the way, it gives access to the rest of the system. Here, we see that the remainder of the Xbox Series X is enclosed in a metal case, wrapped in a black rubber strap. There’s also an antenna board on this part of the console, too, which when removed will give access to the other components such as the 315-watt power supply, and cooling system.

Interestingly enough, the teardown reveals that the console doesn’t have just one motherboard. Rather, it’s a series of two motherboards that are stacked on top of each other, with an aluminum block in between for cooling. The first board has the controls for the I/O and has the southbridge chip. The second board, meanwhile, has the heat sync, the processor, and the GPU. There’s even the m.2 2230 NVMEe SSD, too, which can be replaced but isn’t easy to format and partition.

iFixit gives the Xbox Series X a total reparability score of 7 out of 10. They were in favor of the fact that few tools are needed for disassembly and really like the modular design. However, software locks, and the fact that the SSD is  buried take away from the final scoring.